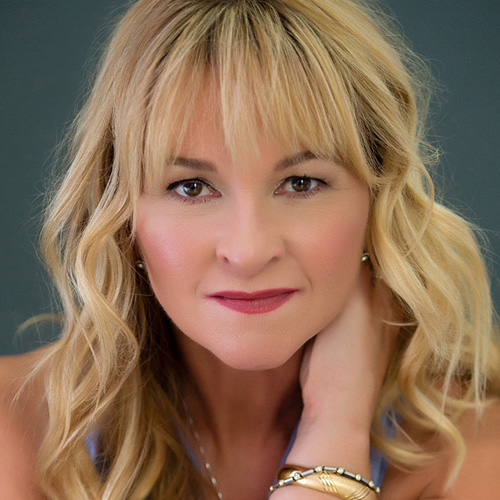 Carolyn, aka “Cal” as she is known in the Biz, graduated from YORK UNIVERSITY in 1984 with a Bachelor of Fine Arts in Theatre and a minor in Dance therapy. She established herself in the early days of the Toronto film industry as a creative force in Production Design. Her filmography includes Set Decorator of such tent pole features as Batman vs Superman, The Incredible Hulk, Total Recall, Robocop, Finding Forrester, Midway, plus the 2nd and 3rd Fifty Shades trilogy – to name just a few.

In her 25 plus years, Carolyn has often found herself one of few woman at the executive table with Producers, Directors and Production Designers. She is motivated to change that dynamic; Carolyn has sat for over 5 years on the Set Decorators Steering Committee at IATSE Local 44 Los Angeles. Their mandate has been to expose intrenched disparities by creating National pay equity studies in the film industry, develop inclusive Mentorship programs for new and aspiring members, and to create educational awareness and opportunities for students by developing and and promoting careers in Set Decoration. She has assisted with Professional negotiation training clinics for Set Decorators to improve the perception of the role of the Set Decorator and to improve their life |working conditions. Carolyn was a member of the Local 44 (Los Angeles) first Women’s Committee established in 2019. As a member of IATSE 873 in Toronto, she was a long time member of the Set Decorators committee who worked to improve the professional craft of Set Decoration and its significance in the film making process.

In 2016, Carolyn became a voting member of the Academy of Motion Picture Arts & Sciences (AMPAS). She actively participates annually as a judge for international and student films. She has also been a member of the Academy of Canadian Cinema and Television with 2 Genie nominations for Best Art Direction | Production Design in 2003 for Phillip Saville’s The Gospel of John and 2005 Adam Egoyan’s Where The Truth Lies.

In 2020 Carolyn was a founding partner/ creator of the Burning Sofa podcast to celebrate the art and work of the Set Decorator and the world of production design in film. The podcast’s first season launched with interviews of Scott Chambliss -Star Trek, Guardians of the Galaxy, Tiffany Zappulla – House of Cards, Ra Vincent -JoJo Rabbit, Tina Jones – Game of Thrones, Jeff Melvin – Shape of Water.

Carolyn has adjudicated the UCLA Design Showcase West which is the only national entertainment design showcase in the West Coast featuring the work of graduate students from the nation’s top university design programs. In support of her commitment to promote Set Decoration, she has spoken often at Ryerson Film School, Centennial College School of Communications, Media Arts & Design, DeLaSalle College’s graduating students and Verity, a private Womens Club in Toronto. In 2016 she participated in a panel spotlight “The Silent Art Of Storytelling” for the Downtown Los Angeles DTLA Film festival.
As a board member of the SDSA (Set Decorators Society of America) in Los Angeles, Carolyn proudly chaired and was Master of Ceremonies for the first Annual Awards night to celebrate the SDSA’s 25th Anniversary. It featured the Visions Award given to Bonnie Bruckheimer best known for her activism and feminist glass ceiling breaking career as a long time producer of All Girl Productions with partner Bette Midler.

Carolyn continues to work passionately as a Set Decorator around the world with some of the most creative film professionals in the business today. She has just recently completed a Netflix project in Thailand and is currently working on a Marvel project in Atlanta Georgia. Her trusty steed Argyle, a Westie, travels with her to find the best hiking adventures along the way.