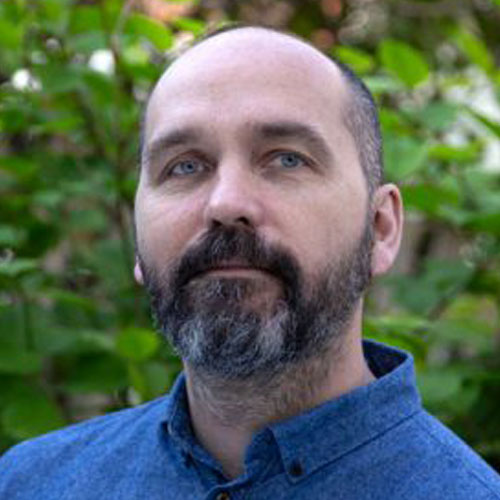 Patricio Dávila is a designer, artist, researcher and educator. He is Associate Professor in the Department of Cinema and Media Arts in the School of the Arts, Media, Performance and Design, at York University. He is also core member of the Vision: Science to Applications (VISTA) project at York University. Patricio is also co-director of Public Visualization Lab (PVL). PVL is a networked lab (York U, OCADU, Ryerson U) and focusses on how visualization can operate as a critical design and media practice. A priority for the lab is to understand the ways that the representation of data is political as well as analytical, designerly and creative. A basic premise that guides PVL’s projects is that visualization is an assemblage that arranges people, things and processes and as such demands a commitment to ethics, accountability and meaningful participation.

Patricio’s research and practice focuses on the politics and aesthetics of participation in the visualization of spatial issues with a specific focus on urban experiences, mobile technologies and large-scale interactive public installations. His research focuses on developing a theoretical framework for examining data visualization as assemblages of subjectivation and power. In his creative practice he has created mobile applications, locative media projects, essay videos, new media installations, and participatory community projects including: Shadows!, Powers of Kin, Chthuluscene, Tent City Projections, The Line, and In The Air Tonight. His research and practice also includes curatorial projects such as Multiplex Essay Film Festival and the Diagrams of Power exhibition, research events and book published by Onomatopee Projects (NL).