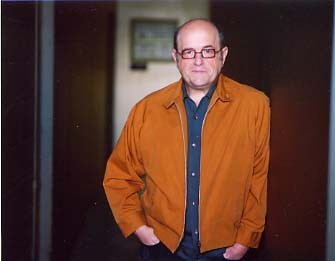 Darcey Callison is a choreographer and dance scholar who has worked extensively with Authentic Movement, the physical voice, Viewpoints and post-modern theatrical dance. His creative studio-based research integrates new media and cultural studies with postmodern dance methodologies. He is also a physical trainer whose Personal Body Work workshops focus on diverse improvisational techniques and somatic investigations for personal creativity and authentic physical expression.

Dr. Callison is the artistic director of Da Collision, a dance company he founded in 1990. His choreographies have been produced by Da Collision, DanceWorks, T.I.D.E and others, and have been seen across Canada and in Mexico. With an expansive choreographic interest that ranges from formal explorations of the physical to character-based narratives, his works include In the Belly of the Whale (1991), Shellac (1992), Where Were You When the Chair Hit You (1993), With the Moon Falling from Your Eyes (1994), The Mourning of Queens (1995), Albrecht: Personal Deviations on Giselle and Other Romantic Conflicts (1998), Revisiting the Sandbox (2002), Reconstructing John (2007), and (Re) Tracing Fred (2009).

Dr. Callison’s doctoral dissertation in Communication and Culture focused on Hollywood’s choreography for men. Analyzing the physical codes and movement signatures used to dance masculinity for Hollywood, he researched the construction of a gendered whiteness that Hollywood disseminated to preserve the patriarchal apparatus that forms and informs the utopian patriarchy of the ‘America Dream’.

Professor Callison has combined his scholarly findings with his studio-based creative research to develop a methodology for choreographically researching the danced languages constructed for male performers in Hollywood films. Grounded in this research are his two of his most recent choreographic creations: Reconstructing John, which explores John Travolta signature disco solo from the film Saturday Night Fever, and (Re)Tracing Fred, an original dance/media work that deconstructs and re-interprets the ‘traces’ of Fred Astaire’s movement vocabulary within many of Hollywood’s male dance stars, from Gene Kelly and Elvis Presley to John Travolta and Jon Heder’s Napoleon Dynamite.

Dr. Callison’s studio research, creation and production of (Re) Tracing Fred were supported by the Creative Research branch of the Social Sciences and Humanities Research Council of Canada. His choreographic work has also won support from the Canada Council, Toronto Arts Council, Ontario Arts Council and Laidlaw Foundation.  An editorial board member for the Society of Dance History Scholars publications and for the  journal Choreographic Practices, Dr. Callison continues to pursue the fusion of studio and scholarly research as a dance artist.