Theatre@York presents Orlando and The Balcony

Theatre@York is proud to present two compelling contemporary plays exploring the intersection of identity and shame, Sarah Ruhl’s Orlando and Jean Genet’s The Balcony, this March 24-30. Both shows will be staged in repertory in the Sandra Faire and Ivan Fecan Theatre. Directed by MFA candidates Lindsay Bell and Margaret Legere, this ambitious staging is supported by over 100 undergraduate designers and crew members, and an acting company drawn from the undergraduate acting and MFA graduate programs.

In recognition of the Department of Theatre’s ongoing 50th anniversary celebrations, Theatre@York’s 2018-19 season is built around the theme of disruptors. Disruptors innovate. Disruptors interrupt. Disruptors infiltrate. To that end, the stories we have been telling on our stages this year focus on the impact and influence of people who are agents of change. 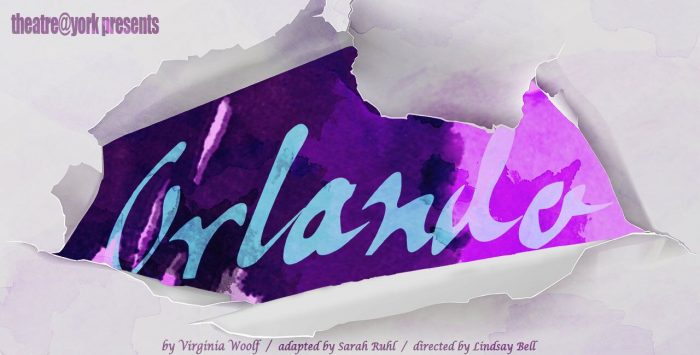 Orlando is a dramatic adaptation of Virginia Woolf’s feminist classic. It investigates the adventures of a poet who changes sex from man to woman and lives for centuries, meeting the key figures of English literary history. Reflecting on the wide-ranging influence of Woolf’s original novel on artists and performers, director Bell notes how Orlando “continues to be an attractive force, continues to inspire, to be a muse, to be mused upon for giving voice to the silenced.” Bell is especially drawn to the play’s feminist politics, which in Ruhl’s adaptation becomes a “playful satire [that] speaks directly to the current cultural watershed of the fluidity of gender identity and the stifling impact of patriarchal systems.”

Bell’s credits for York University include Middletown (Assistant Director to Jackie Maxwell), Noise and her upcoming adaptation of Shakespeare’s Coriolanus (April 2019) among others. In 2018, she directed Duncan Macmillan’s Lungs for Murmuration Theatre Company. Bell’s radio adaptations of Virginia Woolf’s To the Lighthouse and Emily Carr’s Klee Wyck were commissioned by the Shaw Festival and broadcast by CBC. 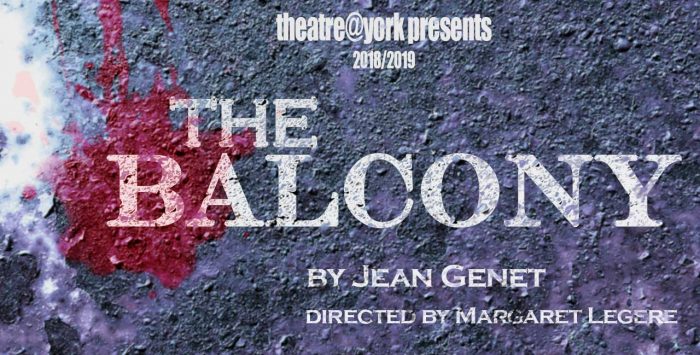 The Balcony uses the setting of an unnamed city and a distant background of a revolution and counterrevolution to explore strains of power in a society. The compelling examines the delicate equilibrium of reality and illusion. “When I first read The Balcony, I was astonished by how horrible and beautiful Genet’s characters were-,” shares director Legere. “[They were] so close to their own shame and their own glory; naked in it, wrapped in it… subservient to it and catastrophically desperate for it. It reminded me of myself and of everyone I’ve ever met.” For Legere, The Balcony can be understood as a powerful “warning to all who seek to see their image perpetuated throughout time without the burden of responsibility that comes with serving the purpose of their position.”

Originally from Halifax, Legere has worked as an actor, director, writer, dramaturge, and producer since graduating from Dalhousie University’s Acting program. She co-founded Loosen the Noose Productions in 2009, where she oversaw the production of three original plays, and later served as the co-artistic director of Forerunner Playwrights Theatre, where she wrote, produced, and performed in her first play, Leaves of the Virgin Mary. In 2018, she directed Under the Umbrella’s Thousand Beginnings as part of the Toronto Fringe Festival.

“If I had to choose a word to describe Department of Theatre heading into Orlando and The Balcony, it would have to be electrified,” said Department Chair Marlis Schweitzer. “It’s amazing to see two shows coming together side by side in our world class facilities and watching our students rise to the additional learning opportunities that this intense schedule affords. Of course, none of this would be possible without the support of our amazing faculty and staff.”

In keeping with the season focus on disruptors, both productions promise to surprise and engage audiences. Read more about the season here.

BOX OFFICE INFORMATION: Tickets are available online or by phone at 416-736-5888