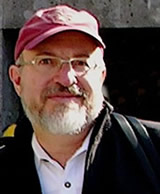 A founder and past president of the Film Studies Association of Canada, Seth Feldman has published widely on national and international cinemas. He has edited three anthologies on the subject of Canadian cinema, among them the seminal Canadian Film Reader— the first textbook to be published on Canadian film. Other academic publications include numerous articles in the field of film and television studies and two books on the work of the Soviet director Dziga Vertov.

Dr. Feldman is the author and broadcaster of more than two dozen documentaries for the CBC Radio program Ideas. His arts and media commentary has appeared widely on Canadian broadcast outlets and in the popular press.

As a film programmer, Seth Feldman helped shape the Canadian Images Film Festival and the Grierson Film Seminar. In 1998, he co-organized a landmark Canadian cinema retrospective with the China Film Archive in Beijing. In 2000/2001, as Robarts Chair in the Robarts Centre for Canadian Studies at York University, he curated “The Triumph of Canada Cinema”, a series of lectures, screenings and panel discussions featuring some of the leading lights in Canadian film and television. In 2002, he programmed the Toronto International Film Festival’s Canadian Retrospective series on pioneering Canadian filmmaker Allan King, and edited the book, Allan King, that was launched in conjunction with the retrospective.

Dr. Feldman is the director of the short film The Dachau Line, a documentary that follows a path marked by the City of Dachau between the railway station and the concentration camp. He is currently working on a second short film, titled Mauthausen: Like a River.

York University conferred the formal title of “University Professor” upon Dr. Feldman in 2001 in recognition of his extraordinary contributions in teaching and service to the University.

“On the internet, nobody knows you’re a constructivist: Perry Bard’s The Man With the Movie Camera:The Global Remake. Jump Cut No. 52. Available online only.

“The Days Before Christmas and the Days Before That.” Candid Eyes; A Canadian Documentary Film Reader. James Leach and Jeannette Sloniowski, eds. University of Toronto Press, 2003, 31-47.