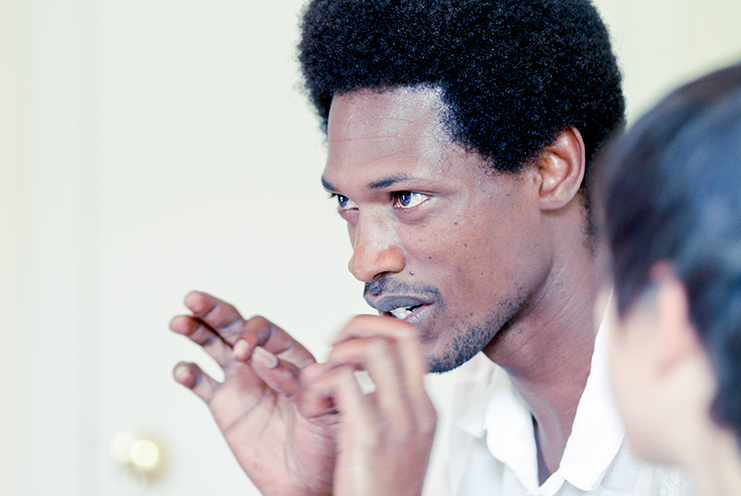 Moussa Djigo is an award-winning director, screenwriter and producer with a background in journalism and cinema studies.

He is the author of “Spike Lee: Aesthetics of Subversion in Do the Right Thing” (Paris, Acoria, 2009), a book that examines how images can use very specific formal tools to convey a political message.

He is currently working on another book entitled “Cinema and otherness: a perspectivist anthropology of Wapikoni Mobile”, where he explores the notion of “otherness” in films made by young Indigenous filmmakers.

He has written, directed and produced Obamas and Rosalie, two fiction features that have earned more than 20 awards, and have been screened in more than 60 venues around the world including Rome, Spokane, Palm Springs, Los Angeles, London, New York, Miami, San Francisco, Denver, Columbus and Montreal. Both films have aired on the TFO television channel in 2020 and 2021, and have been recently programmed as part of a retrospective at Cinematheque quebecoise.