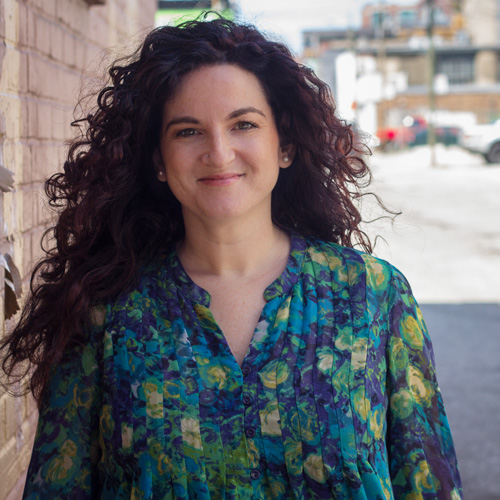 Michelle Szemberg is a Toronto born, award winning film editor. She graduated from the Film and Video Program at York University in 2000. Upon graduation, Michelle spent years working as an assistant editor, which allowed her to collaborate with and be mentored by some of the leading forces in Canadian cinema. Michelle’s credits include the independent feature films Don’t Get Killed in Alaska (Dir. Bill Taylor), No Stranger Than Love (Dir. Nicholas Wernham), Full Out (Dir. Sean Cisterna), Kiss and Cry (Dir. Sean Cisterna) and Natasha (Dir. David Bezmozgis). In recent years, Michelle has been known for her work in the Serendipity Point Films produced feature, Below Her Mouth (Dir. April Mullen), which premiered at TIFF in 2016, and the Cuban/Canadian production Un Traductor (Dir. Rodrigo & Sebastian Barriuso), which premiered as part of the World Cinema Dramatic Competition at the Sundance Film Festival in 2018, and became Cuba’s official entry to the 92 Academy Awards in the category of Best International Film.

In addition to her work in film, Michelle edited two seasons of the Netflix/Rogers TV series Between, created by Michael McGowan. She was the Supervising Editor on the Netflix/CBC series, Northern Rescue produced by Don Carmody Television, which earned Michelle DGC and CCE Awards for Best Editing in a Family Series. Most recently, Michelle edited an episode of the Amazon series, The Expanse, and the feature film, Queen of the Morning Calm (Dir. Gloria Kim), for which she received a nomination to the DGC awards in the Best Editing in a Feature Film category.

Over the years, Michelle has had the opportunity to train a number of assistant editors, many of whom are beginning to develop successful careers as editors. Teaching and mentoring has always been a passion for Michelle, who in 2020 embraced the opportunity to teach editing in the Cinema and Media Arts department at the School of Arts, Media and Performance & Design at York University.

Michelle is currently editing Michael McGowan’s latest feature film, All My Puny Sorrows, based on the critically acclaimed novel  of the same name written by Miriam Toews.