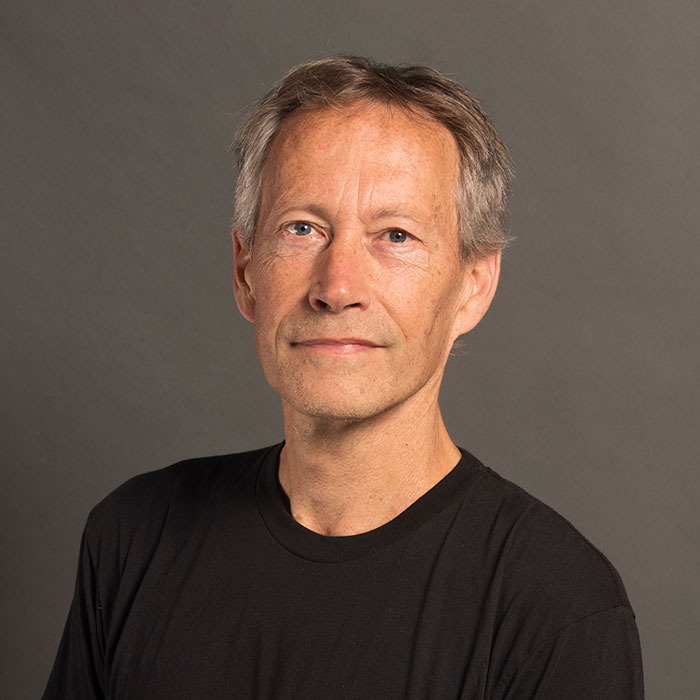 Capturing the Platform – Public Relations and the Olympic Games

1990 Nomination, Best Short Documentary, Genie Awards – Who Gets In (editor)

2022 Chai Audio-visuals on an augmented book of photography on the Shoah by Edward Burtynsky,

Rabbit’s story displays the contradictory approaches available in the crisis from helping users change their lives completely, as opposed to keeping them safe while they fight to do it themselves. Perhaps the best way

to understand the crisis is to go beyond the statistics and help those in the middle of it tell their stories. CITY NEWS

The Divided Brain is a very powerful documentary that has not shied from including critical voices. It conveys, with great clarity and conviction, the immeasurable dangers of the colonisation of the brain by the left-brain hemisphere. Sunil Kumar, former Dean, London School of Economics

2018 In Search for a Perfect World International Co-production between the CBC and ZDF on the 70th anniversary of the Universal Declaration on Human Rights, with Peter Mansbridge. Primitive Entertainment.

2018 From the Vaults, Six-part series of the CBC Music Archives that tell the history of Canada. Banger Films.

And there’s some amazing music on the show. It’s where you can see blues jam, Joan Baez playing an anti-war song at the height of Vietnam, a young cowpunk k.d. lang being critiqued by a present-day k.d. lang, Jackie Mittoo and Oscar Peterson writing new languages for Canadian reggae and jazz. Now Magazine

2017 No Joke feature length documentary on a singer/songwriter who is saved from his traumatic past by music. Lofty Sky Media, https://loftysky.com/projects/nojoke/

No Joke doesn’t condemn bullies, rather it attempts to open up conversation. It explores how fear divides us into the powerful and the powerless.. What began as a documentary about a song becomes a compelling, thoughtful film about empathy. Millicent Thomas, FILM STORIES

The Polar Sea—a 10-part TV series beginning Monday on TVO—is a thrilling epic that takes us on a magical 10,000-kilometre mystery tour through the legendary Northwest Passage. Hugely entertaining and mind-bogglingly educational at the same time, it instantly stands as one of t landmarks in the long and rich history of Canadian documentary filmmaking. – Martin Knelman, Toronto Star

By personalizing the problem, the brilliant 10-hour documentary manages to make us understand the enormity of the situation. Made on a mammoth scale, the Polar Sea is instead an intimate look at the changing world of the north, beautifully photographed and crisply edited. All of which indicates to me TVO has seized the initiative from CBC in showing and celebrating where public television should be headed.” – Jim Bawden, television critic

2013 At Home/Chez Soi Interactive website about the “largest social experiment in the world” – housing the homeless. Co-director with Sarah Fortin, Darryl Nepinak, Louiselle Noel and Lynne Stopkevich. National Film Board of Canada, https://www.nfb.ca/film/at_home_evicted/

2013 The Photograph portrait of the 1942 Toronto Hurricanes football team which lost more men in WW II than any other professional sports team, as part of the CTV “Engraved on a Nation” series. Infieldfly Productions. https://www.tsn.ca/engraved

The lot of a TV critic is not a happy one. I spend my evenings in the dark relentlessly searching for something passable on my flickering TV set. And then something as evocative as The Photograph comes along. Surely, it’s one of the best Remembrance Day specials I have seen. The Photograph plays like an old-time movie…masterfully directed by Manfred Becker. – Jim Bawden, critic

We all know the adage ‘a picture is worth a thousand words.’ Well, The Photograph is worth a lot more than that—and it also serves as a timely reminder of what a poppy stands for in this country. – Stu Cowan, Montreal Gazette

2012 Dark Tourism vérité documentary on the phenomenon of tourists seeking out places of conflict and fear. Director/writer/editor. History Television, https://vimeo.com/50454616

Dark Tourism’ is made for thoughtful fans of non-fiction. This sober meta- travelogue makes you wonder if the documentary genre itself is guilty of the same voyeurism as the gawking tourists. It’s an irresistible, if repellent sight. – Bill Staments, Chicago Sun

A fascinating examination of the phenomenon revealing that there is a good deal of confusion and conflict. – John Doyle, Globe and Mail

One of three to see. – Alex Strachan, Financial Post

Welcome to the dark side! – Lisa-Marie Brennan, TV Guide

Fascinating with a firm point of view but no preaching. – Kate Taylor, Globe and Mail

A brilliant three-parter … a must-see of the fall season. – Jim Bawden, Starweek

Opens a poignant landscape. One of those few truly great films that jumps right out at you.–

Tough questions are asked, tough answers are given, and what emerges is a deeper understanding of personal and collective guilt. – Peter Howell, Toronto Star

Sobering and provocative. Top pick of festival. – Globe and Mail

Becker manages to bring both terrorists and victims together. A fascinating blueprint for

Becker has scored a real coup. Nothing could be more relevant. Explains where terrorism comes from and how states should react. The must-see program of the week.” – Jim Bawden, Starweek

2003 The Siege Historical documentary on the 1999 siege of a UN compound in East Timor. Director/writer/editor. History Television, https://vimeo.com/68796683

Becker has an eye for personal detail and an ear for the way people talk and think. Exceedingly well made…a living, breathing record…paced like a thriller, the result is both sobering and thought-provoking filmmaking that puts most dramatized re-creations to shame…a relentless drive that puts viewers right inside. Surprisingly clear-headed and objective. – Alex Strachan, National Post

Deftly paced and dramatic without overdoing either the heroism or the horror, a fine insight into what happened in a part of the world that was failed by journalism and the world’s most powerful countries. – John Doyle, Globe and Mail

This is one of TV’s surprises…amazing…a major work. – Jim Bawden, Starweek

The one to catch! – Toronto Star

2003 The Life of Me Vérité documentary following the workshop of a play for the “Madness in the Arts Festival,” featuring actors with mental affliction. Director/writer/editor. TV Ontario

At times it is almost impossible to believe that these rehearsals will ever result in a positive outcome in the documentary. – Network Magazine

In my eyes, both Hitler and my grandfather were false prophets of the 20th century. –Sophie Freud,

2001 Death of a Warrior Documentary about the bombing of the Greenpeace vessel Rainbow Warrior by French secret agents. Director/co-writer/editor. History Television

A crisply made, clear-eyed look at a tale full of intrigue and courage…gripping, full of suspense and hidden surprises. Remarkable, paced like a thriller. Proves that a well-made documentary can trump all other forms of visual storytelling. A must see. – Alex Strachan, National Post

An excellent documentaryiIn Becker’s well-crafted program all the twists and turns of the murky events are made clear. – John Doyle, Globe and Mail

Film tracks the thriller-like hunt for the saboteurs, the diplomatic skullduggery and the bittersweet outcome of the case. – Olivia Ward, Toronto Star

In the vein of a true-crime detective story, unraveling the mystery. – Taos Talking Pictures

Saga unfolds like a pulp spy novel, a fine recap of the investigation. The film makes one uneasy in a post-9/11 world. Required viewing. – Andrew Ryan, Globe and Mail

A visionary piece of factual filmmaking.– Take One Magazine

A fascinating portrait of power, love and psychological obsession. Strongly recommended…this is the rare sort of film that does not come around very often. – Library Journal

1999 Out of Orbit Biography of Marshall McLuhan, CBC, co-writer with director Carl Bessai

2020 Road to Roxham CBC Gem short documentary on a road travelled by refuges to escape the US and enter Canada. Consulting Producer. Director: Cristian Gomez

2014 Lost and Found Objects swept into the ocean by a tsunami in Japan are washed up on the beaches on the Pacific West Coast. Directors: Nicolina Lanni & John Choi

2012 Buying Sex Documentary on the legalization of versus banning the sex trade, NFB, directors: Teresa MacInnes and Kent Nason. https://www.nfb.ca/film/buying_sex/

Political struggle is emotionally grounded by two very different yet similarly stubborn, rabble-rousing personalities whose loyal alliance is like a quarrelsome marriage. – Variety

2010 Prosecutor Feature-length documentary on the chief prosecutor of the International Criminal Court, Luis Moreno Ocampo, for the BBC and TVO. Director/writer: Barry Stevens

2008 Biodad Follow-up feature-length documentary on the search for the biological father of the filmmaker, CBC. Director/writer: Barry Stevens

This film has a wonderfully light touch resulting in an exemplary documentary. – Henry Lewes, Take One.

Obachan’s Garden is a film to be watched again and again. It reminds me once again of the impressive depth of ability in Canadian documentary filmmakers. Highly Recommended.

A subtle investigation of the processes of colonialization and psychology of need, Thin Ice is a film about one expatriate Canuck’s strangely desperate desire for American affirmation. – Tom McSorley, Take One

Heralded as the first North American entry in the growing Dogma ’95 canon is raw, bare-boned, and bleak. – Alibris

1996 Machine Gun 3-part documentary series on the history of the 19th and 20th centuries viewed through the barrel of a machine gun, Discovery US and Canada. Supervising editor. Director: Steven Silver 9

1997 Wrestling with Shadows Feature-length study of a modern-day hero in the world of professional wrestling, BBC, ARTE, TVOntario and A&E. Director/producer: Paul Jay

This is one whale of a tale! – Newsday

A classic story of a modern-day hero, one of the most riveting Canadian films in years.

Jay, along with seamless editing by Manfred Becker, tracks this progression all the way to its bitter, bitter end. Watching Wrestling With Shadows is still great entertainment. In fact, it’s a knock out. – Antonia Zerbisias, Toronto Star

Like great art, its essence lies not in the subject matter at hand, but in the universal themes that drive it—loyalty, betrayal, jealousy, revenge. You must see the great doc.- Grant McIntyre, Broadcast Week, Globe and Mail

A tale as bizarre as Kafka and tragic as Shakespeare…riveting. – T. Atherton, Ottawa Citizen

1996 Gerrie and Louise Feature-length documentary about the relationship between a South African soldier of apartheid and a journalist for the CBC. Director: Sturla Gunnarsson. https://vimeo.com/154442032, pw: niagara

That sense of the indelible presence of awful memories is heightened by the film’s use of skillfully selected archive footage heightening the sense of their subjectivity at the same time as underscoring for the viewer what exactly is meant by the euphemistic and evasive terms used by Hugo and other former apartheid agents and victims in the film. – Simon Lewis, Charleston College

1999 Who Gets In? Documentary on Canadian immigration, NFB/CBC co-production. Director: Barry Greenwald. https://www.nfb.ca/film/who_gets_in/

I went expecting a great movie. What I got was more information, emotion, despair and transcendent hope than I ever dreamed a mere length of celluloid could possibly convey. –

Extraordinary, spellbinding and ultimately filled with hope. – The Raleigh Times

Pooya Badkoobeh (MFA FILM) Based on a True Story 14

Jharol Mendoza (MFA FILM) The Sounds of the Rocks

2017 Mohammed Dawood From Egypt to Canada

COURSES TAUGHT AT OTHER INSTITUTIONS

Academy for Lifelong Learning, U of T

2022 Participation in the Hyflex Pilot Program for course delivery