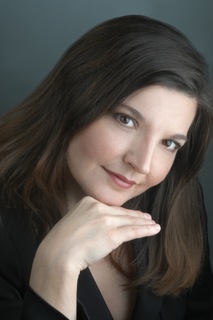 Lisette Canton is a choral and orchestral conductor, vocal coach and technician, guest conductor, adjudicator, workshop leader and early music specialist. She is the Founder and Artistic Director of the JUNO-Award winning Ottawa Bach Choir (OBC), and is also Associate Professor and Head of Choral Music at York University in Toronto, where she conducts three ensembles (Chamber Choir, Concert Choir and Men’s Chorus) and is in charge of the graduate program in choral music.

Prior to joining York’s Department of Music in 2004, Dr. Canton taught and conducted at Carleton University, the University of Ottawa, the University of Illinois at Urbana-Champaign and McGill University. She has been a guest conductor at Carnegie Hall and Lincoln Center in New York City, and, in addition to directing a large concert series in Ottawa, has taken the Ottawa Bach Choir on four successful European tours (2014, 2009, 2007 and 2005), including an invitation as the first Canadian choir to perform in the prestigious Bachfest Leipzig, in 2014. Dr. Canton has conducted numerous concerts in London, Paris, Venice, Leipzig, Lübeck, Stuttgart, Bayreuth, Vienna, Salzburg, Prague, Amsterdam, Groningen, Ypres, Passchendaele, Mexico City, at Roy Thomson Hall in Toronto, the Winspear Centre in Edmonton, and across Canada; and has prepared choirs for Franz-Paul Decker, Johannes Ullrich, Pinchas Zukerman, Helmuth Rilling and John Rutter. She was also invited to perform in the International Choral Festival at the University of Caen, France, in conjunction with the 60th anniversary of D-Day, in 2004. She has taken the York University Chamber Choir on two international tours (2015, 2012), and has conducted performances with the Ottawa Bach Choir in the prestigious Meet in Beijing international festival in Beijing and Shanghai, China, in 2016. Dr. Canton was named the Artistic Director of the Canada International Choral Festival, partnering with the China International Chorus Festival for concerts, tours and collaborations in Canada and China. She was invited to conduct Fauré’s Requiem at Carnegie Hall in New York City in May 2019 with the New England Symphonic Ensemble, and will conduct at Bachfest Leipzig, with the OBC and the Leipzig Baroque Orchestra, in Leipzig, Germany, in 2022.

Lisette Canton has recorded for the Canadian Broadcasting Corporation (CBC) and Radio-Canada radio and television, and has been the guest conductor of numerous ensembles worldwide. Her latest recording with the Ottawa Bach Choir, Handel: Dixit Dominus; Bach & Schütz: Motets, on the ATMA Classique label, with Ensemble Caprice Baroque Orchestra and countertenor Daniel Taylor, won the JUNO 2020 Award for Classical Album of the Year: Vocal or Choral, as well as the Outstanding Choral Recording 2020 Award from Choral Canada. Dr. Canton is a strong advocate of music education and has undertaken a number of outreach initiatives, bringing choral music to children and students from diverse backgrounds in several communities. These have included concerts and workshops in over 50 schools.

Dr. Canton has a Doctor of Musical Arts degree in Choral Conducting from the University of Illinois at Urbana-Champaign, a Master of Music degree in Choral Conducting from the Eastman School of Music and a Bachelor of Music degree in Performance from McGill University. She has studied conducting with Donald Neuen, Don Moses, Fred Stoltzfus, Ann Howard Jones, Chet Alwes and Paul Vermel; voice with Jan Simons, Lorie Gratis and James Bailey; and piano with Esther Master and Dorothy Morton. She is a member of numerous professional associations, and has collaborated with several musicians and arts organizations worldwide.