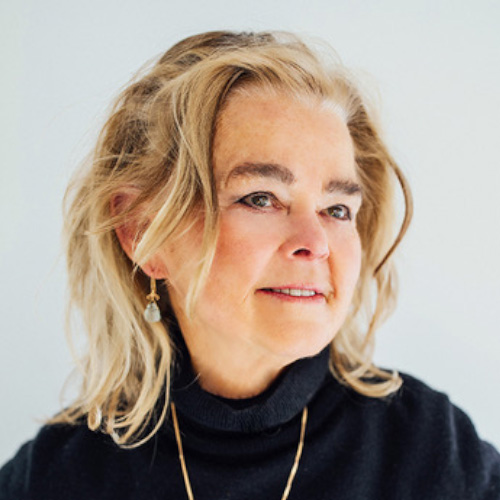 Jolene Cuyler is a Canadian artist based in upstate New York.

Her professional reputation was established working as a designer, art director, and ultimately, creative director, at important publications in New York City when print magazines were at the height of their cultural influence. The titles Cuyler worked on, Rolling Stone, The New York Times Magazine, Martha Stewart Living, and Modern Painters among them, were all recognized for their excellence.

Of particular note is a special series of six magazines Cuyler art directed for The New York Times Magazine in 1999 to mark the millennium. For one of the issues she commissioned contemporary artists to reimagine scenes from the last thousand years: the African Diaspora (Kara Walker), the Crusades (Carol Dunham), the Columbian Exchange (Catherine Chalmers), and had Ed Ruscha create an artwork for the cover. The six issues, alongside other objects documenting life on Earth during the 20th Century, have been welded into a time capsule designed by Santiago Calatrava and installed on the grounds of the American Museum of Natural History. The time capsule will remain sealed until the year 3000.

An authority in her field, Cuyler has been a juror for multiple design awards and has reviewed student portfolios for graphic design programs at Parsons, SVA, and RISD. Her design work has received numerous international awards and has been published in the annuals of: The Advertising & Design Club of Canada, D&AD (UK), and US organizations including the Art Directors Club, ASME (National Magazine Awards), The Society of Publication Designers, and both the Illustration and Photography annuals of Communication Arts.

Cuyler holds a BFA from York University. In 2001 she received a Masters degree from the Interactive Telecommunications Program (ITP) at NYU. Red Burns, the program’s Dean, remarked of Cuyler’s thesis projects, one of which was an emotionally charged, interactive memorial for veterans of WWII, that they made her “proud to be Canadian.”

Cuyler’s artwork has been in gallery exhibitions in New York and Houston Texas. In 2007 she curated “Handmaking: The Work of Art in the Age of Triage” for the Abington Art Center in Philadelphia. The exhibition featured 22 artists whose work combines craft and technology.

In addition to her artwork, Cuyler is working on a memoir, a humorous reminiscence of her travels.