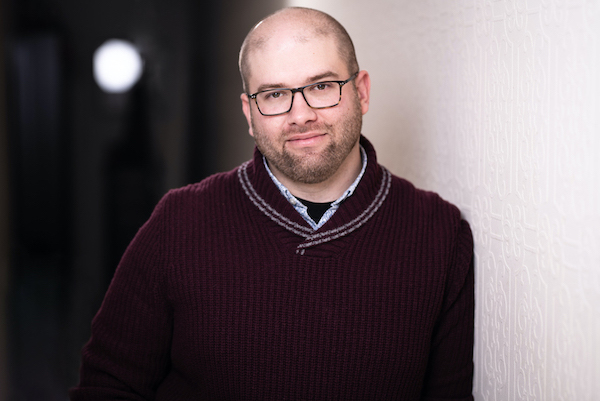 Ian Garrett is Associate Professor of Ecological Design for Performance at York University; Producer for the US/Canadian company Toasterlab; and director of the Centre for Sustainable Practice in the Arts, a think tank on sustainability in arts and culture. He maintains a design practice focused on the integration of ecology, technology and scenography.

Recent work includes The Right Way at the Venice Biennale and The Stranger 2.0 at the Columbus Centre in Toronto with DLT Experience ; Groundworks with Rulan Tangen and collaborating artists from Pomo, Wappo, and Ohlone communities; The locative audio project TrailOff with Philadelphia’s Swim Pony which brings focus to the trails in watershed areas of Philadelphia through geolocated immersive media and new writing.

Other recent creative interactive projects include the mixed-reality project Transmission at the FuturePlay Festival in Edinburgh and Future of Storytelling Festival in New York, Theatre Panik’s durational performance, Peep, at Scotiabank Nuit Blanche; Erika Batdorf’s Micro-theatre for Burnish at the Theatre Centre and Venice Biennale, the set and energy capture systems for Zata Omm Dance Projects’ Vox:Lumen at the Harbourfront Centre, and Silo No. 5 on Maria Island, Tasmania. He has worked on installations such as DTAH Architects’ Ravine Portal and on the lighting team for the Crimson Collective’s Ascension, a 150’ wide, origami-style crane sculpture at the 2010 Coachella Music Festival.

With Chantal Bilodeau, he directs the biannual Climate Change Theatre Action project. He has spoken and consulted on the arts and the environment around the world. His writing on the topic includes the monograph Arts, the Environment, and Sustainability for the Americans for the Arts’s New Community Visions Initiative; The Carbon Footprint of Theatrical Production, published in Readings in Performance and Ecology, from Palgrave McMilian, and the paper Theatre is No Place for a Plant in Landing Stages from the Ashden Directory. Garrett chaired the conferences Sustainability in Theatre and Staging Sustainability, 2014, and served as sustainability programme coordinator for World Stage Design in Cardiff, Wales. At World Stage Design 2013 he led the selection committee for the temporary sustainable theatre project built for that event, the Willow Theatre.

Before coming to York, Ian taught at California Institute of the Arts, and developed curriculum for the University of Houston. He is a visiting instructor at the National Theatre School where he teaches courses on sustainability in design and production. He previously served as the Executive Director of the Fresh Arts Coalition, an arts service organization focused on awareness and marketing in Houston, TX, and as consultant and staff for the LA Stage Alliance. He has also been on staff at Stages Repertory Theatre (Houston), DiverseWorks Art Space (Houston), and the Will Geer Theatricum Botancium (Topanga, CA), and in the lighting departments of the Williamstown Theatre Festival, and the Public Theatre in New York.

Ian received dual MFAs in Lighting Design and Producing from CalArts, and has a BA in Architectural Studies and Art History from Rice University. He was curator for the US for the 2019 Prague Quadrennial and co-chair/designer of World Stage Design 2022 in Calgary. He serves on the Board of Directors for Associated Designers of Canada and for The Only Animal.