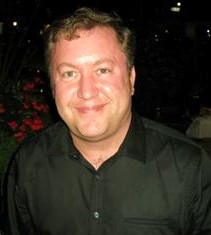 Professor Adler’s areas of research include the history of art writing, modern and contemporary sculpture, German modernism, Frankfurt School theory, conceptual art, and the theory and history of contemporary art. He teaches courses in 19th-, 20th-, and 21st-century art, with particular interests in 19th-century European painting, French and German Dada, and the development and reception of the conceptual art movement.

Dr. Adler’s most recent publication is Tainted Goods: Contemporary Sculpture and the Critique of Display Cultures (Routledge, 2018), which explores modern and contemporary tendencies toward assemblage.  He considers how these works incorporate tainted materials – often things left on the side of the road, according to the logic and progress of the capitalist machine – and offers a range of aesthetic models through which these practices can be understood to function critically. The book’s main chapters focus on a single exhibition by a different artist: Geoffrey Farmer, Isa Genzken, Rachel Harrison, and Liz Magor.

Dr. Adler’s other books include the monograph Hanne Darboven: Cutural History 1880-1983 (Afterall Books/MIT Press, 2009). He co-edited (with Mitchell Frank) German Art History and Scientific Thought: Beyond Formalism (Ashgate Press, 2012) and co-edited (with Janine Marchessault and Sanja Obradovic) Parallax: Stereoscopic 3D in Moving Images and Visual Art (Chicago: Intellect Books/University of Chicago Press, 2013). Recent catalogue essays include those on the work of Bill Burns, Hanne Darboven, Kristan Horton, Kelly Mark, Liz Magor, and Michaela Meise. A former senior editor of the Bibliography of the History of Art at the Getty Research Institute in Los Angeles, he has published in the journals Art History and CAA’s Art Journal, and regularly contributes reviews to Artforum, C Magazine, and Border Crossings.

In addition to his formal university studies, Dr. Adler is an alumnus of the Whitney Museum’s Independent Study Program. In 2016, he co-curated (with Lesley Johnstone) a Liz Magor retrospective exhibition at the Musée d’art contemporain de Montréal , which traveled in 2017 to the Migros Museum für Gegenwartskunst, Zürich; the Kunstverein in Hamburg; and the Musée d’Art Moderne et contemporain in Nice, France (the accompanying catalogue, Liz Magor: Habitude, was published by JRP Ringier). His other curatorial credits include the exhibitions “Francis Bacon and Henry Moore: Terror and Beauty” (2014) held at the Art Gallery of Ontario and “When Hangover Becomes Form: Rachel Harrison and Scott Lyall” (2006), held at the Contemporary Art Gallery in Vancouver and Los Angeles Contemporary Exhibitions (LACE).

In 2019, Dr. Adler began researching modern and contemporary histories of sculpture in Japan, on a grant from the Japan Foundation and the Ishibashi Foundation, Tokyo. He is currently working on a short book about the assemblage sculptures of Nakanishi Natsuyuki, a member of the Tokyo-based collective High-Red Center in the 1960s. In addition, he is researching the book-length project Object Oriented: Hanne Darboven’s Installations, which focuses on large-scale works that the German conceptualist produced later in her career. The Darboven project, which draws upon archival material, is supported in part by the DAAD (German Academic Exchange Service).