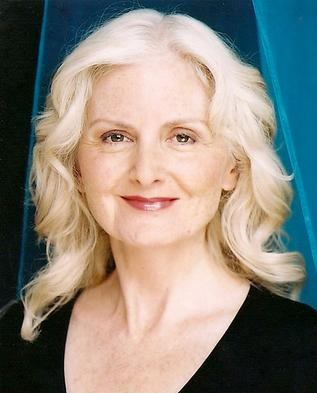 In 2020, Canada’s Governor General named pianist Christina Petrowska Quilico to the Order of Canada, one of the country’s highest civilian honors.  She was cited “for her celebrated career as a classical and contemporary pianist, and for championing Canadian music.”

In 2021 she was also named a Fellow of the Royal Society of Canada, the country’s “highest honour an individual can achieve in the Arts, Social Sciences and Sciences.”

Just in 2021 alone, she has received other significant recognition for a lifetime devoted to her art.  CBC Radio Two named her to the In Concert Hall of Fame, celebrating the greatest Canadian classical musicians of all time, past and present. At York University, where she is a Full Professor, she was one of the esteemed winners of the university’s annual research awards in 2021 and 2022.

It was the latest recognition for a lifetime devoted to her art. She received the 2007 Friends of Canadian Music Award from the Canadian Music Centre (CMC) and Canadian League of Composers, and in 2009 was selected as one of the CMC’s Ambassadors of Canadian music.  The Canadian Broadcasting Corporation named her one of “20 Can’t-Miss Classical Pianists of 2014” and one of “Canada’s 25 best classical pianists”.

Born in Ottawa, Canada, Christina Petrowska Quilico was only 10 in her orchestral debut, playing the Haydn D major concerto with Toronto’s Conservatory Orchestra. She moved to New York when she was 13 to study on scholarship at the Juilliard School and the High School of Performing Arts. At 14, sharing top prize with Murray Perahia in a concerto competition, she played Mozart’s K.488 in New York. The Times hailed her as a “promethean talent” and she continued to give solo and chamber recitals at many of the city’s other venerated recital halls including Carnegie and Merkin halls, garnering superlatives from the city’s critics, who deemed her “an extraordinary talent with phenomenal ability…dazzling virtuosity”, playing Olivier Messiaen “to perfection”. Hughes of the Times exalted her “beautiful clarity” in Liszt’s dazzling La Campanella, an encore to a program of forward-looking 20th century repertoire, noting, “Petrowska is a pianist and musician of refreshingly unconventional taste and ability…a welcome treat.” She appeared in Alice Tully Hall playing Debussy and music by living composers – including her first husband Michel-Georges Brégent (1948-93). Allen Hughes of the Times pointed out that in those years, she “has proved several times over that she is a pianist and musician of more than ordinary attainments Christina took part in the 2018 festival celebrating Frederic Rzewski’s 80th birthday at Brooklyn’s Spectrum she continues to include American music in her CDs and solo recitals.

She has performed 45 concertos with orchestras in the U.S., Greece and Taipei, and with most of Canada’s leading orchestras. Concerts have taken her across the U.S. and Canada, as well as to Taiwan, the Middle East, France, England, Germany, Greece and Ukraine.

In recorded output, few artists can match Quilico, particularly in the music of her time. Among her 50 plus CDs are eight piano concertos on five albums; and solo and chamber works by contemporary and international composers. She also recorded four CDs and toured extensively with her second husband, the legendary Metropolitan Opera baritone Louis Quilico. Four of her CDs have earned JUNO Awards nominations, three of them for concerto CDs, and one for Glass Houses Revisited by Ann Southam which was. Centrediscs’ all-time best seller and  named one of “30 best Canadian classical recordings ever” by CBC Music.

While live concerts were mostly put on hold because of the Covid 19 lockdowns, Petrowska Quilico was garnering kudos for three new CDs she released on the Navona label – Sound Visionaries (French composers Debussy, Messiaen and Pierre Boulez), Retro Americana and Vintage Americana.  This last ended 2021 on four best-of lists – CBC Music – Canada’s top 21 classical albums of 2021 (chosen by Canadian Broadcasting Corporation music hosts and producers); Ludwig van.com – Classical Music: Discovering 2021’s Lesser Known Gems (one of eight CDs); The Piano Street Team (one of five Recommended New Piano Albums); and Art Music Lounge – “What a Performance!” award as one of the most outstanding recordings of the year.  It was also Bronze Medal winner in the classical category of the Global Music Awards. She has recently recorded 2 CDs of music by Alice Ping Ye Ho and Parisa Sabet. A 3 concerto CD with Sinfonia Toronto will be recorded as well as 2 more solo piano CDs.

Her traditional classical CDs include solo albums of Chopin, Liszt, ,Tangos of Ernesto Nazareth, Mozart piano concertos; and the complete Mozart violin and piano sonatas, recorded with violinist Jacques Israelievitch. American Record Guide wrote, “This is how music should be played. There is a feeling of freedom and ebullience in these performances that I attribute mainly to the wonderful Quilico, and she is one of the most satisfying pianists I have heard in this music.”