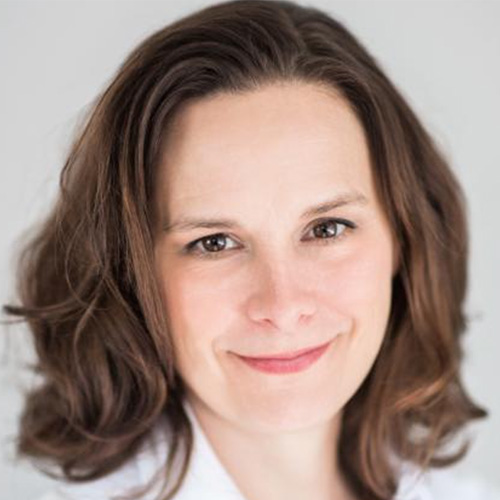 Beth Janson is the Chief Executive Officer of the Academy of Canadian Cinema & Television. With over two decades of experience in the film, television and cultural sectors in both Canada and the United States, Beth has been the creative force behind some of the most innovative and meaningful developmental programs in the industry today.

Since joining the Academy in 2016, Beth has strived to make the Academy a place for emerging and established on-screen content and its creators to be supported, promoted and celebrated; she has been instrumental in the creation of several programs, including the Canadian Academy Directors Program for Women, Women in Post, and the WarnerMedia x Canadian Academy Global Access Writers program, and has transformed Canadian Screen Week into an annual industry hub with the introduction of the Members Lounge.

From 2009 to 2014 Beth served as executive director of the Tribeca Film Institute, where she oversaw all facets of the organization including fundraising, public relations and programmatic direction. Beth joined Tribeca in 2003 and was behind the development of its signature programs, including the TFI New Media Fund, a partnership with the Ford Foundation and the first-ever fund for independent transmedia work in the U.S.; and the Tribeca All Access, a grant and networking program for minority filmmakers. Previously, Janson was the programming director of the Newport International Film Festival.

A tireless supporter of inclusivity, Beth was the founding director of Rent the Runway Foundation’s Project Entrepreneur program, providing women with access to the tools, training, and networks needed to build scalable, economically impactful companies. She was also nominated for an Emmy in 2017 for her work as Co-Executive Producer on Meet the Patel’s, and was honoured by Women in Film & TV Toronto with the Crystal Award for Outstanding Achievement in Business.

Beth holds a BFA in Theatre Studies from York University. She was a Ford Foundation fellow at the Harvard Business School’s Owner and President’s Management Program, and also completed a certificate program led by Michael A. Porter at HBS called Creating Shared Value: Competitive Advantage Through Social Impact.