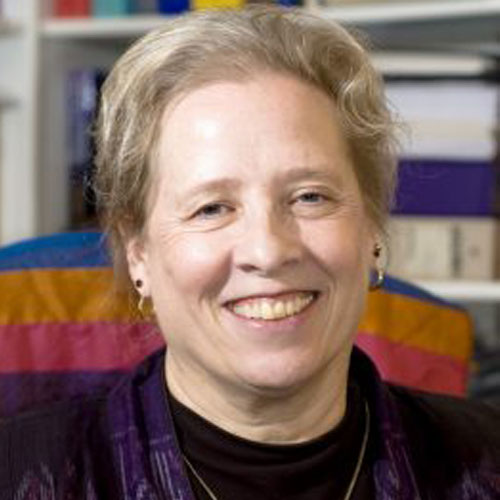 Barbara Sellers-Young is an interdisciplinary scholar with an international research profile in the fields of dance, theatre and performance. Her interest in all forms of art and diverse performance styles informs her research on the moving body and globalization, which has taken her to Sudan, Egypt, Nepal, Japan, China, England and Australia.

Professor Sellers-Young has pursued studies in a wide range of western and Asian physical disciplines including Laban, mask, meditation, yoga, t’ai chi, wu chi and chi gong. Before entering academic life, she was a dancer, choreographer and director with extensive performance credits in the American Pacific Northwest and at Mumokan Theatre in Kyoto, Japan, and University Theatre in Manchester, England.

Dr. Sellers-Young is co-editor and a contributor to Embodied Consciousness: Performance Technologies (Palgrave Macmillan, 2013), a volume of essays combining research in neuroscience, consciousness studies, performer training systems, staged narrative, Asian aesthetics, and post-modern theories of performance to examine the relationship between consciousness and performance, and Belly Dance Around the World: New Communities, Performance and Identity (McFarland, 2013), a collection of essays considering the transformation of belly dance from a solo improvisational folk form in North Africa and the Middle East into a popular global dance practice. She is also co-editor of Bellydance: Orientalism, Transnationalism and Harem Fantasy (Mazda Publishers, 2005), which traces the impact of bellydancing from its initial introduction to the west through the writings of Flaubert to its popularity in the 1970s and 1980s in the wake of the feminist movement, and the globalization of the form in the 21st century.

Her other publications include Teaching Personality with Gracefulness (University Press of America, 2002), a discussion of Kanriye Fujima’s life and teaching of Nihon buyo (Japanese classical dance), and Breathing, Movement, Exploration (Applause Books, 2001), a text for actors whose groundbreaking approach combines body mechanics and eastern and western philosophies to create a new visceral awareness of the performance process.

Integrating contemplation, reflection and action into a variety of performance explorations to help performers expand their awareness, Professor Sellers-Young has developed dance and movement workshops for international organizations such as the Association for Theatre in Higher Education and the International Federation for Theatre Research, where she served for two years as convener of the working group on performance theory and practice. From 2008 to 2010 she was president of the Congress on Research in Dance, an international organization with 500 members in 40 countries, which publishes the Dance Research Journal.

Dr. Sellers-Young’s research has been supported by fellowships from the American Council of Learned Societies and the Centre for Cultural Research into Risk at the Charles Sturt University in Australia as well as a Davis Humanities Fellowship. Other research awards include a Pacific Rim Planning Grant and a Video Development Grant from the Teaching Resources Center and the Japan Foundation Center for Global Partnership. She is the recipient of the 2011 Dixie Durr Award for Outstanding Service to Dance Research (see story) and the 2008 Distinguised Alumni Award from the School of Music and Dance at the University of Oregon.

Dr. Sellers-Young served as dean of the Faculty of Fine Arts at York University from 2008 to 2013. Prior to that, she was a professor at the University of California, Davis where she served as Chair of the Department of Theatre and Dance and as executive director of the Robert and Margit Mondavi Center for the Performing Arts. She has also taught at universities in England, China and Australia.