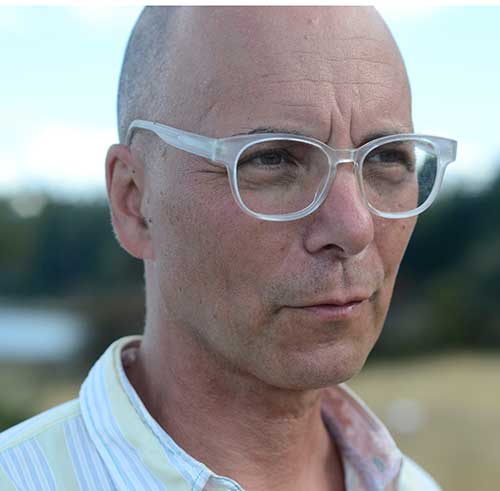 The work of Professor Amnon Buchbinder will be the subject of a two-day retrospective taking place March 22 and 29 at York University’s Keele Campus. The event, which is free and open to the public, features seven films by the Genie award-winning filmmaker. As part of the retrospective, there will be a reception on March 29 to honour Buchbinder’s recent promotion to full professor.

Hosted by the Department of Cinema & Media Studies in the School of the Arts, Media, Performance & Design, the films will be screened in the Nat Taylor Cinema, N102 Ross Building.

On March 22 at 11 a.m., the retrospective will begin with Oroboros (1983) and Seed (1988), two of Buchbinder’s early short films. In Oroboros two couples seek to find their way out of a wasteland after the Central Agency experiment goes wrong. The film was described by Canadian filmmaker Atom Egoyan as “seductive, disturbing and overwhelming.” Seed portrays a dream of some children, a wasteland, and an unexpected gift.

The retrospective continues with Buchbinder’s directing work on three narrative feature films: The Fishing Trip (1998), Whole New Thing (2005) and Travelling Medicine Show (2011). The Fishing Trip, which will be screened at 1 p.m., was written by a student in one of his classes and made with a crew comprised largely of his students, on 16mm film. It was picked up by distributor Mongrel Media for a 35mm theatrical release across Canada and was nominated for three Canadian Academy (Genie) Awards, winning one. The Fishing Trip tells the story of two sisters and a friend, settling scores with one another on a road trip to a remote cabin where they intend to confront the stepfather who sexually abused them there as children.

At 4 p.m., his film Whole New Thing will be shown. When a precocious, homeschooled 13 year-old boy is sent to the local, rural school for the first time and develops a crush on his closeted gay teacher, it’s a whole new thing. For everyone. A comedy, Whole New Thing was written by Buchbinder and playwright Daniel MacIvor in two weeks to take advantage of a funding opportunity, then shot on 35mm in three weeks in Halifax. The completed film was screened at more than 100 international film festivals, receiving a dozen best picture awards. It was acquired by ThinkFilm and distributed theatrically in Canada, the U.S., and other territories.

CLICK HERE to watch The Biology of Story in 30 Seconds!

The two-day retrospective culminates at 1:30 p.m. with Buchbinder’s interactive documentary Biology of Story (2016). Made in collaboration with Helios Design Labs, launched in 2016 at the SXSW-Interactive, Biology of Story was selected by programmers as an event highlight. Described by narrative authority Brian Boyd as “internationally significant in a host of fields, as research, as art, as story,” it has been viewed online more than 700,000 times. The film illustrates Buchbinder’s theory of story and anti-story in art and life. The documentary was undertaken as research-creation and funded with a major Social Sciences & Humanities Research Council of Canada (SSHRC) Insight grant (to learn more, see the 2016 YFile news story). Biology of Story is now a highlight of the School of the Arts, Media, Performance & Design’s eLearning courses, and it was subsequently turned into an online course, which in turn formed the basis of a book. After the screening of Biology of Story, there will be an accompanying workshop for graduate students led by York alumna Geneviève Appleton (MFA ’03), who worked as a co-producer on the project.

At 4 p.m., Buchbinder will talk about his work. There will be a reception at the end of his talk to celebrate his promotion to full professor.

More about Amnon Buchbinder
Buchbinder started teaching at York University in 1995, received a tenure stream appointment in 1996 and was recently promoted to full professor. He is a former Chair of the Film Department and has played an instrumental role in developing the curriculum in production and screenwriting.

Buchbinder has written numerous screenplays and served as story editor on more than 100 feature film projects in funded development. He is also an accomplished author. His book The Way of the Screenwriter (House of Anansi Press, 2005), which reinterprets the craft from both a philosophical and practical point of view, has been widely acclaimed by working screenwriters. Buchbinder has taught professional screenwriting workshops in a dozen countries and has served as a curator and film programmer for several organizations, including the Vancouver International Film Festival and the Toronto International Film Festival. His most recent novel, Mortal Coil (Resounding Media, 2015), grew out of an unproduced TV series he developed with one of Canada’s major production entities. A thriller and love story, intimately and speculatively exploring the roots of human and planetary crisis and transformation, it was described by author and teacher Philip Shepherd as “unprecedented, visionary, compelling, affecting … a novel for our times.”