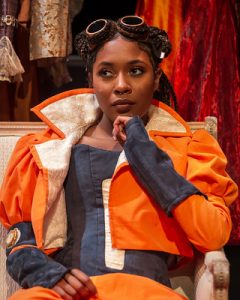 Love in the Time of Werewolves is a farce about the politics and chaos behind the scenes of a community theatre group attempting to get through Tech Dress of an epic new play. Love affairs, internal squabbling, grievous bodily harm, re-casting and a potentially dangerous intruder all stand between this production and greatness.

“There can be no greater gift to an actor than to perform in a role which has been tailored to them, nor for a class to premiere a new play by one of Canada’s most acclaimed writers,” says Belshaw. “It is particularly timely after the isolation of the last two years to be working on a play about the most collaborative of art forms, the theatre.”

Yee wrote Love in the Time of Werewolves specifically for this cohort of Theatre @ York students. Developed through a “bespoke” process, where Yee and project director Nina Lee Aquino worked with the fourth-year Acting Program students last winter, the play was written to give the performers an opportunity to play roles that more closely fit their ages and identities. 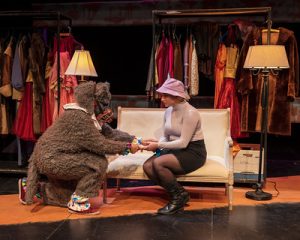