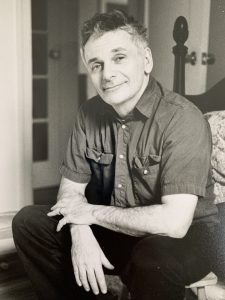 As a teacher, LeRoy was unparalleled in his dedication to York’s students, cultivating and encouraging generations of artists who would create their own distinguished careers. This dedication to arts education has shaped the Canadian cultural landscape well beyond York University. Many of his former students lead institutions and schools nationally.

Prof. Hugh LeRoy was a widely acclaimed Canadian sculptor and educator, included in the Royal Canadian Academy of Art with notable works commissioned throughout Canada and internationally, and solo and group shows throughout his long and distinguished career.

Born in Montréal, Quebec, he studied with Alfred Pinsky at the art school of Sir George Williams University (now Concordia University). He went on to study further under Arthur Lismer and the poet Louis Dudek at the Montréal Museum of Fine Arts School of Art and Design, where he eventually taught as well. Prof. LeRoy was named Dean of the School in 1966. In 1969, he became Chair of the Sculpture Department at the Ontario College of Art and Design before joining York’s Faculty of Fine Arts as Associate Professor in the Department of Visual Arts in 1974. LeRoy served as both Chair of the Department and Director of the MFA Program.

Prof. LeRoy worked in the Constructivist style. His work was exhibited widely across Canada and may be found in many private collections. His major commissions are public sculptures for the Justice Building in Ottawa, the Banff Centre, and Nathan Phillips Square. (That piece, Four-Element Column, now resides in Lachine, Quebéc.)

Of course, closer to home Prof. Hugh LeRoy’s 1972 work “Rainbow Piece” outside the Scott Library has been a prominent and defining landmark on York University’s campus for fifty years.

On behalf of everyone in the Department of Visual Art and Art History, the School of AMPD and York University, we send our deepest condolences to Hugh’s family, including his wife Cynthia LeRoy and their daughters Jenny and Anna.