Award winning trumpeter and composer Dave Douglas is the Department of Music’s 2020 Oscar Peterson Jazz Artist-in-Residence. A prolific trumpeter, composer, educator and entrepreneur from New York City, Douglas’ unique contributions to improvised music have garnered distinguished recognition, including a Doris Duke Artist Award, a Guggenheim Fellowship, an Aaron Copland award, and two Grammy Award nominations. He is also the founder of Greenleaf Music, an umbrella company for his recordings, sheet music, a podcast, as well as the music of other artists in the modern jazz idiom. Greenleaf Music has produced over 70 releases and will be celebrating its fifteenth anniversary in 2020.

In February, Douglas led masterclasses at York University for instrumentalists and coached small jazz ensembles. The residency was made possible by the Oscar Peterson endowment at York University, which also supports the Oscar Peterson Scholarship in Jazz Performance, an annual entrance scholarship that provides up to $40,000 over four years to an incoming music student.

Our Jazz professor Sundar Viswanathan sat down with Dave Douglas for an interview.

SV: What do you admire about the next generation of jazz musicians?

DD:  I don’t see a big difference between the generations of players. A lot of the young musicians, who I find interesting and who are entering the scene, work on a technical level far beyond what I can even do, much less what I did when I was entering the scene. I love playing with those musicians because I get exposed to new ways of thinking about music. I’m challenged just as much by younger players as I am by older players. In every generation great masters come forth and this one is no different.

I find myself working with a lot of younger and younger musicians now. I’m in my third round of hiring former students for my bands.

SV: So tell us about yourself, how did you find yourself on this path?

DD:  I was born in Montclair, New Jersey. There was a beautiful piano in our house that my grandmother had given us, a ‘56 Steinway, and so I grew up playing that. My father worked for IBM but he was also an amateur musician and multi-instrumentalist. He played the guitar and banjo and baroque recorder; he had a baroque recorder group that rehearsed at our house every Sunday.

He had a decent record collection. Among it was the Smithsonian Guide to Classic Jazz, which landed in our house around ‘72 or ‘73, and a lot of the music on the final LPs was modern for the time; Cecil Taylor, Ornette Coleman, Eric Dolphy, John Coltrane, Thelonius Monk and Miles Davis. That was my introduction and I never looked back.

I had taken piano lessons from the age of five, but it was when I picked up a horn at 10 and realized that I could improvise I knew I was going to be a musician for the rest of my life.

I went to a boarding school for my high school years, and I hated the rigorousness of having to wear a suit and tie, but in our junior year I went and lived with a family in Barcelona on an exchange program for a year. Coincidentally, I ran into a group of musicians my age who were playing modern jazz and writing original music. And since I was American, I was in.  They knew much more about jazz than I did, but suddenly I was in this circle of people writing music, and playing and listening to Weather Report, Art Blakey and Miles Davis. I feel like that’s when I became a creative artist.

At a young age I had terrible technical skills on the trumpet, but I went straight from high-school to Berklee College of Music and then to New England Conservatory where I met John McNeil who introduced me to Carmine Caruso. I moved to New York, studied with Carmine and finished my bachelor’s at NYU in ‘86. 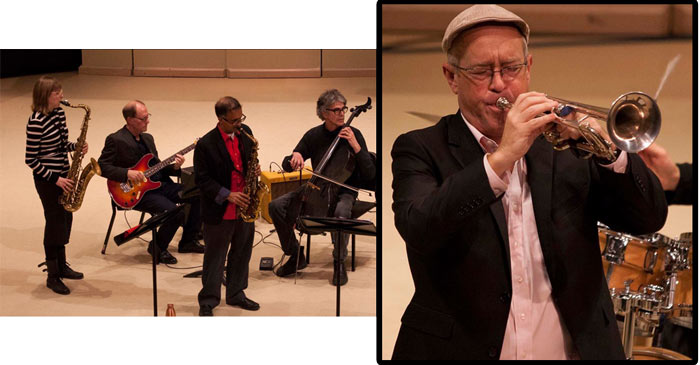 After school I did a lot of side-work around town before I got called by Horace Silver and left New York for about seven months touring with him.

I thought that was my career ticket. This is it. I’ve made it.

And then when that tour ended, I went back to New York and nobody knew who I was anymore. I had to start from scratch. That was the moment when I said, “Okay, if I’m going to have a music career, I have to make it myself.”

That was the first seed of me being a bandleader. I played with a lot of people around New York, but I didn’t get my own record until 1993.

Getting my first record deal with Black Saint/Soul Note opened the floodgates; new labels; being commissioned by all sorts of different organizations; being my own publisher and writing articles; running a non-profit Trumpet Festival that encourages young artists and celebrates creative pioneers.

SV: You’ve played in all kinds of scenes, from straight-ahead to free, how are you able to negotiate all of these approaches to improvising and still maintain a very personal style of trumpet playing?

DD:  I would say there’s no conscious way of moving towards that. I never decided “Oh, I’m going to sound like this.” I was confronted by a lot of situations where I didn’t know what to do and the only thing left to do was just be myself. And then I had to learn how to do that.

Early on, I developed a reputation in New York as a musician who can take on a lot of different things. So I had to maintain the training that I had as a musician, but also be open-minded enough to apply new criteria and standards as they came along, and be willing to be challenged onstage. I’m now 56 years old and I still take gig offers when I know it’s going to be hard and I’m going to be faced with something where I’m not sure what to do. I’ve found in my career those are always the moments when I’ve grown the most.

SV: What do you think music needs today to reflect our shared human experiences?

DD: Music needs to reflect what the creator of the music wants to say and the creator of the music should be free to determine what that is. Successful music is being created with all sorts of reference to human experience, some abstract and some specific. In my own work, I refer to other art forms; including painting, film, dance and poetry.  But I also find myself engaged as a citizen and with a responsibility to use my platform to comment on the world around me. Especially when there are unfair or unequal things that we all participate in. I have certain privileges based on who I am on the planet and I am very mindful of that. If I’m not aware of that in my work, then I am being somewhat myopic.

If you believe that a composer’s duty is to get in touch with who they are and link that to a universal artistic value, then I don’t see how you can divorce that from society and what is going on around us. 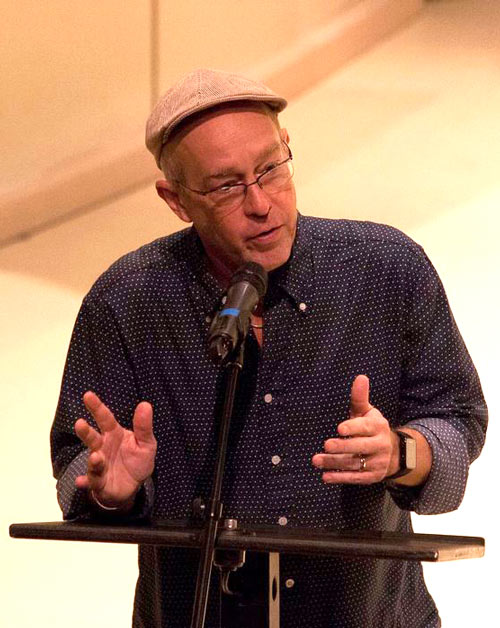 SV: Why do you think a formal jazz education is necessary?

DD: I think it’s helpful, I think it’s important, but I don’t think it’s necessary. There are a lot of different ways to learn jazz and the musical arts, and I think that an academic institution needs to be attuned to the variety of ways that people have significant learning experiences.  Many of the heroes of this music came up without any formal training and that should lead us to questions like, “How did they learn the music?” and “Should an academic experience in jazz somehow valorize that way of learning the music?”

I think that one of the things that a formal academic jazz education should do is prepare a musician for a life of full musicianship; which means training, rhythmic acuity, an ability to master repertoire and an ability to play in almost any situation. At the end of the day, being a jazz musician means being able to adapt to almost anything.

SV: What has been your biggest highlight of hosting these workshops so far?

DD: Seeing how engaged the student body is here. The questions have been intelligent and on-topic with a lot of followthrough, and the students seem very engaged with the topics that I was brought here to talk about.

SV: What do you hope York students take away from the residency?

DD:  I want them to be complete musicians. And I want them to set their own deadlines and goals because they won’t always be in school. I want them to be fully in-touch with their creativity so they can continue to grow and experiment and expand and lead us forward into the future of our artform.

SV: If there was one piece of sage advice you could offer a jazz student what would it be?

DD: Listen to everybody. 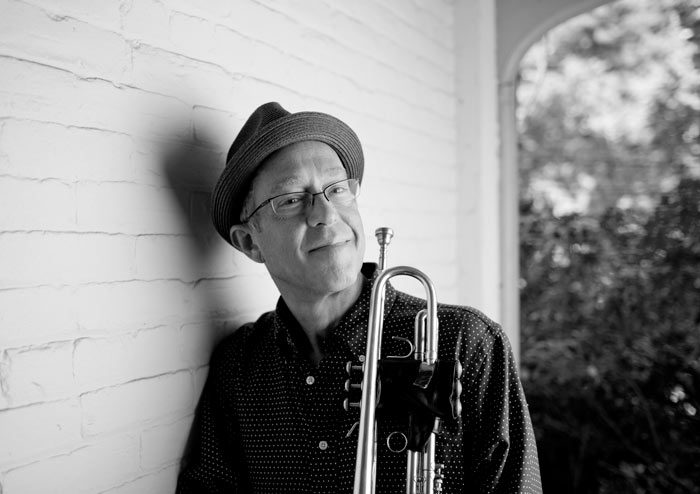