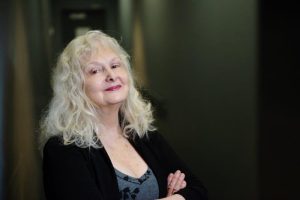 “As Chancellor of the Order, I join Ontarians in congratulating the 2021 Order of Ontario appointees,” said Her Honour Elizabeth Dowdeswell, Lieutenant Governor of Ontario and Chancellor of The Order of Ontario. “Their service to our province is a reminder to all of us fortunate enough to call Ontario home, that the fabric of society is knit together by good deeds and the dedication of individuals. May their accomplishments be an inspiration and example for many to follow.”

Christina Petrowska Quilico has opened the ears of music lovers internationally through numerous classical and contemporary performances, with an orchestra and as a soloist on over 50 internationally acclaimed recordings. As a Professor, she has received esteemed research awards. As a benefactor, she established The Christina and Louis Quilico Award at the Ontario Arts Foundation and the Canadian Opera Company.

In September, Petrowska Quilico received a $30,000 grant from the Canada Council for the Arts to have composer Frank Horvat create a solo piano suite, More Rivers, for her to record and tour, and for further projects relating to music and the environment.

Acclaimed for her performances and recording of the original Rivers cycle by iconic Canadian composer Ann Southam, she played selections from this mammoth nature-inspired work this past summer at Ontario’s Big Lake Festival and again in September at York University. She also performs excerpts in her short film Transcendent Sound of Nature in the Music of Ann Southam, to be shown later this month at part of the Royal Society of Canada’s Together Again event at Studio Bell in Calgary.

The Order of Ontario recognizes exceptional leaders from all walks of life and diverse fields of endeavour whose impact and lasting legacy have played an important role in building a stronger province, country and world. Petrowska Quilico will be recognized alongside 23 other appointees including renowned international human rights lawyer, Payam Akhavan; Ontario’s longest-serving Speaker of the House Dave Levac; and CEO Second Harvest CEO, Lori Nikkel.

Petrowska Quilico joins only 822 people who have been appointed to the Order of Ontario since its establishment in 1986. Upon admission, Petrowska Quilico will be invested with the Order’s insignia and given the post-nominal letters, also called post-nominal initials or post-nominal titles (letters placed after a person’s name) to indicate the honour held by the individual.