Eric Birkle is a Doctoral Student in the Department of Visual Art & Art History at York University. As part of his research, Birkle curated a museum exhibition at the Flint Institute of Arts called Political and Personal: Images of Gay Identity. The exhibition is currently running until July 11th, 2021, and it features selections from the Jack B. Pierson Print Collection. The expansive collection contains visual works from 404 artists and it encompasses a vast representation of gay identity in the 20th century.

We spoke with Eric Birkle about the exhibition: 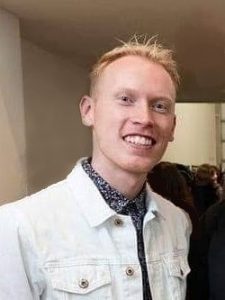 AMPD: How were you first exposed to the Jack B. Pierson Print Collection? And what made you decide that it had potential for an exhibition?

Eric Birkle: The Political and Personal exhibition is one that I conceived and organized in the summer of 2018 while I was working as a grant-funded Curatorial Intern at the Flint Institute of Arts (FIA) in Flint, Michigan, USA. At the time, I was mid-way through my M.A. degree in Art History and Museum Studies at Ohio University (this was a little over a year before I came to Canada / York U for my Ph.D. program). I’m originally from a small town called Lapeer, MI, so I grew up with the FIA being relatively close and inspirational to me (it’s about a 30-minute drive from Lapeer to Flint).

I was so honored to receive the aforementioned position in 2018, for which the initial tasks were organizing the Jack B. Pierson donor and object files (which meant matching documents to specific works of art where possible) and updating the provenance (or, the documentation of the history of ownership) of works of art. Because I finished these tasks ahead of schedule, the position quickly transitioned to a focus on the content of the artwork donated by Pierson (which occurred from the 1970s until his death in the 1990s), which revealed a segment with explicit and implicit homosexual / homoerotic / homosocial imagery and themes. By looking at institutional exhibition history, it quickly became apparent that this segment of the collection had never before been explored by the museum, so I proposed it as a viable way to meet the curatorial department’s mission to organize an exhibition representative of the community’s greater diversity by 2021.

AMPD: Were there any surprises that you uncovered within the collection?

EB: Absolutely! There were many of them actually, but the most jarring for me were the details of the harsh realities for queer people in Michigan in the early to mid-20th century (when about two thirds of the artworks on display in the exhibition were created). For instance, from 1939 to 1968, the state’s Goodrich Act allowed individuals apprehended by police for sex crimes to be categorized as “criminal sexual psychopaths” and confined to a mental hospital for an indeterminate amount of time. Among these so-called “sex crimes” were all non-heterosexual acts and, ironically, due to the male privilege afforded them, gay men were among the most routinely convicted under this act. This is because in cities like Detroit and Flint, MI – “motor city” and “vehicle city” respectively – the vast majority of men owned cars during this period, and those of the “homosexual persuasion” often relied on their automobiles for privacy while lovemaking. The police caught on to this, however, and gay men were frequently ensnared by the objects of their own privilege (this being in contrast to the experience of lesbian hookups, which took on more domestic backdrops given the perceived strangeness of female breadwinners in that drastically heteronormative time).

AMPD: What is your favourite piece from the collection? And why?

EB: I would have to say the lithograph on paper titled Nude (1935) by Minna Citron, which depicts a muscular young man seated in the three-quarters position and leaning on a wooden stool. Face (and thus identity) obscured, the man’s model-like pose calls attention not only to his physique, but also to his jockstrap. Though invented in 1874 to provide comfort and support to bicycle jockeys, the jockstrap gained favor among gay men for its sexual appeal – a potential which had previously been untapped in the design of men’s undergarments. In this way, Citron calls into question both the sitter’s sexual identity (is he gay?) and the work’s intended audience (is this work designed to be looked at by gay men or straight women?) The fact that much of Citron’s compositions feature fully-clothed women, and that Nude is the only work of hers that Pierson is known to have collected, suggests Pierson’s personal identification with the subject matter. Indeed, the ability to gaze at such an image served as a hopeful outlet at a time when homosexual activity was broadly categorized as a felony. While women artists like Citron were historically prohibited from academic study of the male nude, such study was, ironically, vital in the classical training of male artists. It’s all so fascinating! 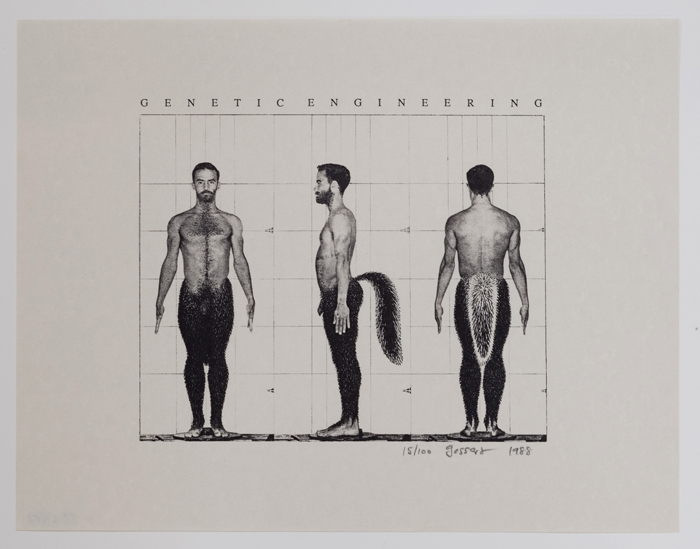 AMPD: Why is it important for us to revisit historical works that depict queer bodies and LGBTQ+ perspectives?

EB: I think that in order to know where we’re going (both in terms of political activism and as a community more generally), we need to know where we’ve come from. Works of art like those on display in Political and Personal: Images of Gay Identity enliven the history of both our shared struggles and our mutual affections. They provide a window into emotional moments (ranging from intimate to furious) that have been strongly – if not violently – rebuked by mainstream, heteronormative society and the laws and “norms” it generates. This encompasses our arts and cultural institutions, the American and Canadian iterations of which are rooted in policies of white settler colonialism and sweeping practices of oppression, exclusion, and omission of LGBTQ+ perspectives. However, queer bodies and imagery capturing same-sex love and attraction have long been present in the visual arts across the globe and throughout history. As cliché as it may seem to say, the impacts of history exist not in the past, but in the present; they effect all of us living now, even if we often fail to notice or have yet to discover their existence. In other words, these works of art are more than just pieces of paper hanging on a wall, they are a point of connection to our own past and a nexus of hope for a better future.

AMPD: What do you hope queer youth will take away from this exhibition?

EB: Oh gosh, this question is always the most difficult to answer for me, because each work of art – and the exhibition as a whole – is going to speak to every individual differently, depending on their lived realities and how they relate or don’t relate to what’s on view. However, something crucial for every viewer to understand is that these works and the themes, contexts, and issues they involve are by no means rare or otherwise few in number. In fact, there is A LOT of art out there that addresses and / or is created by queer artists, both historically and today. It’s true that, until very recently, historic works of this sort regularly faced censorship and disparaging remarks from the art world and its critics, which meant decades of in-(or under-)visibility and non-(or under-)representation of global sexualities and gender identities. Yet they’ve ultimately prevailed, and many works like those in this exhibition are sitting in public and private collections right now just waiting to be rediscovered and recontextualized for substantially more accepting and interested audiences! And while specific terminology from the queer spectrum may not have been considered in the same way historically as today (at least as evidenced in written records), we can be sure that our broad scope of identities were predisposed by the many generations of humans that preceded us. 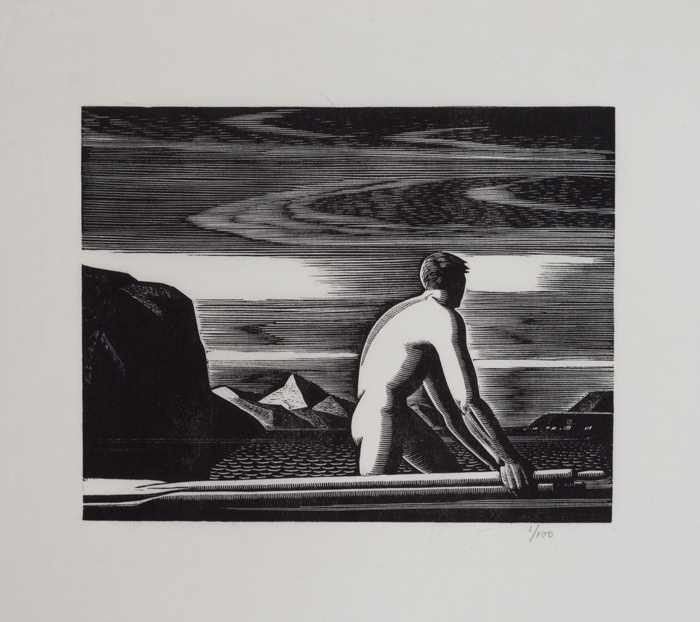