The Identity of Pleasure

Nikolas Papastathopoulos just completed his 3rd year in the Cinema & Media Studies program at York University. In one of his courses, FILM 3812: Queer Cinema, Papastathopoulos teamed up with his roommates Natalia Morales Caceres & Emily Ishikawa to create The Identity of Pleasure.

For Papastathopoulos and his fellow filmmakers, the experimental film was not only created out of necessity due to the restrictions of a pandemic, but it was created out of a necessity to express queerness and queer bodies as a political statement.

We spoke with Nikolas Papastathopoulos about his experience creating the short film:

AMPD: How would you describe your short to someone who hasn’t seen it?

Nikolas Papastathopoulos: I would describe it as an experimental short film that visually and sonically delves into the ways in which queer bodies are inherently publicized and politicized, and how this internalizes within the headspace of a queer individual.

AMPD: How did the pandemic influence your production?

NP: My friends and I actually all lived together when we made this film so it was pretty easy for us to make the film safely! Due to the pandemic we kept the film pretty simple, minimalistic, and worked with the materials and spaces we had.

AMPD: Who are some of your cinematic influences?

NP: I would say Jamie Babbit for directing ‘But I’m a Cheerleader’, I Love how she explores queer hardships and realities from a quirky and campy perspective to create films that are made by and meant for queer folks. Also Stanley Kubrick for his work on ‘The Shining’.

Still image from The Identity of Pleasure

AMPD: What makes the queer body a political body?

NP: I think it is the fact that queer folks have been historically oppressed in society, and we have had to constantly fight for our basic human rights. This oppression still exists today and queerphobia is still a major issue worldwide.  Even something as small as holding your partner’s hand, or dressing and acting a certain way that doesn’t adhere to heteronormativity feels like a political statement because society views it as one.

AMPD: What advice do you have for LGBTQ2S+ artists and filmmakers who are still trying to find their voice as creators?

NP: It’s not easy, but you must “unfollow fear” as queen Ariana Grande says. It is a lot of work to overcome internalized stigmas placed on queer folks let alone deal with them externally, so I think you have to be kind to yourself.  I think that once you have truly discovered yourself and you have let go of the negative self talk and fear, your voice will shine through your art. Also always make content you love, believe in, and are passionate about, the rest will follow. 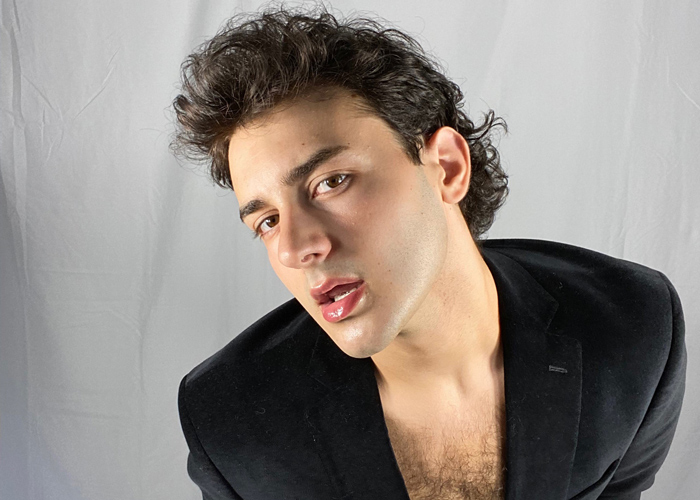