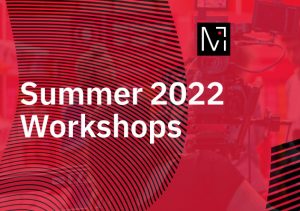 Shant Joshi Shant Joshi is a queer Indo-Canadian producer based in Los Angeles and Toronto. He is an alum of the Producers Lab at the CFC, holds a Certificate in Entertainment Law from Osgoode Hall Law School, and was named to York University’s inaugural Top 30 Changemakers under 30.

Lindsay Blair Goeldner Lindsay is a film producer and karaoke enthusiast based in Toronto. After completing the Producer Lab program at the CFC in 2019, she teamed up with fellow Producer Lab alumni Shant Joshi to join Fae Pictures as the Director of Production.

Abdul Malik Hailing from a family of Pakistani immigrants and with a degree in Film Production from York University, Abdul is an Edmonton-based photojournalist and screenwriter. He was recently named to the Netflix/Banff Diversity of Voices Initiative and is a member of the Writers Guild of Canada.

Ingrid Veninger Ingrid Veninger holds an MFA from York University and has been a full-time faculty member in the Department of Cinema and Media Arts since 2019. Born in Bratislava, she has produced fifteen feature films and is a director member of the DGC.

Lauren Saarimaki Lauren Saarimaki is a producer, actress and mental health advocate. Lauren has completed a BA in the Creative Industries. She has applied this knowledge in the creative organizations she has worked with.