Jacob Robert, just completed his 2nd year in the Film Production program at York University. While the pandemic certainly posed us all with challenges for building a portfolio, Robert worked within these confines to create a deeply personal Alternative film. He had total control over from pre-production through post-production, and through it he gained a new respect for solo filmmakers.

Unspoken Space premiered at the Finish Line Festival in April. We spoke with Robert about his process:

AMPD: How would you describe your short to someone who hasn’t seen it?

AMPD: What does the title Unbroken Space mean to you?

JR: It is a space of incomprehension; a place of emotional disconnection. The moment a queer person verbalizes their sexuality to those around them, an immediate gap forms between queer person and their interlocutor. What cannot be predicted is the depth and breadth of that space: that is ultimately contingent upon the interlocutor’s level of comfort and acceptance towards homosexuality. The latter can either choose to accept or choose to tolerate the homosexual. The space between tolerance and acceptance can be seen as a spectrum; the queer person has no control over where the interlocutor will sit, which adds to the frightening and isolating experience of coming out. I have chosen to define this gap as the “unspoken space”; even though words are placed between people to narrow or explain the gap, beyond those words exists an unspoken distance between queer person and society. People can verbalize “I recognize that you are gay”, but that is very different from “I accept that you are gay”; it is devoid of soulful authenticity. The silence lies in that lack of authenticity.

AMPD: Who are some of your cinematic influences?

JR: I’m a sucker for David Lynch. I also love anything that hails from the French New Wave (“Last Year at Marienbad” being one of my favourites from this movement). Sean Baker, Wes Anderson, Agnès Varda and Xavier Dolan also belong to my long list of favourite filmmakers. However, I often find myself drawing inspiration from art and photography; there’s a lot of compelling imagery to be found there.

AMPD:  Unbroken Space contains a lot of surrealist imagery, were there any painters or visual artists that influenced its presentation?

JR: Dalì and Magritte were both huge inspirations for Unspoken Space. You’ll actually find that I have recreated and recontextualized some of their paintings in the film (like Magritte’s “Son of Man”, and Dalì’s “Meditative Rose”) to fit the queer message. You’ll find other artistic influences too, like Wyeth’s “Christina’s World”, Carravagio’s “Narcissus”. This goes back to my point about visual art as a wellspring of compelling imagery and inspiration.

AMPD: How did the pandemic influence your production? Were you able to overcome any challenges presented by it? If so, how?

JR: Due to the apocalyptic reality of current times, I had to complete the entirety of my second year from home. As a result, I shot, planned, and edited the entirety of Unspoken Space alone. This proved much harder than anticipated (both in the financial and production sense), and I have now gained a whole new level of respect for solo experimental filmmakers. Ultimately, I am very proud of what I was able to accomplish by myself; I was able to build my own sets, light my own film, compose my own shots, circumnavigate all production hiccups, etc… The biggest challenge was finding actors in my conservative little town that were willing to partake in my film; I ultimately lucked out with Clark and Jordon. They were just as passionate about the film and its core message, if not more. It was a very rewarding collaboration in that sense. I’m also proud to have found a space in which to accomplish all of my ambitious ideas; doing my second year from home meant being deprived of proper resources and production tools to create a film like mine. Not to mention the endless emails and phone calls I had to make; coordinating everything from a distance was a very tedious thing. But where there’s a will, there’s a way.

AMPD: To me, Unspoken Space felt like it encapsulates the feeling that a lot of queer folks experience, from the confines of parental expectations to the catharsis and freedom of coming out. What advice would you have for someone who is afraid to take that momentous leap?

JR: For a long time, I censored and withheld who I really was to keep the peace. To make others comfortable. But you can only sacrifice so much of yourself: I was spreading myself so thin to the point of losing my own self-respect and self-worth. For me, coming out was a commitment to the self. The meaning of the term “commitment” is twofold here. I chose to commit to who I was as a queer person, to “holding my own” as they say, and in so doing, I’d also made an implicit commitment to the endless “coming outs” that were bound to happen in my lifetime (because the unfortunate reality is that once you come out, you will continue to come out to everyone you meet or encounter in your life). Commitment is daunting, for anyone; it necessitates effort, will, courage, and determination. It is an uncomfortable thing. But the result will grant you freedom, love, lightness, authenticity, joy, and fulfillment. Trust in that. It is an ephemeral moment of discomfort for a lifetime of relief. You deserve to have the weight lifted from your heart. You deserve to hold space for who you are or want to become. Trust that those who really love you will stay. And if you feel some of your closest relationships dissipate, let them. There’s a whole community of people out there waiting for you with open arms. 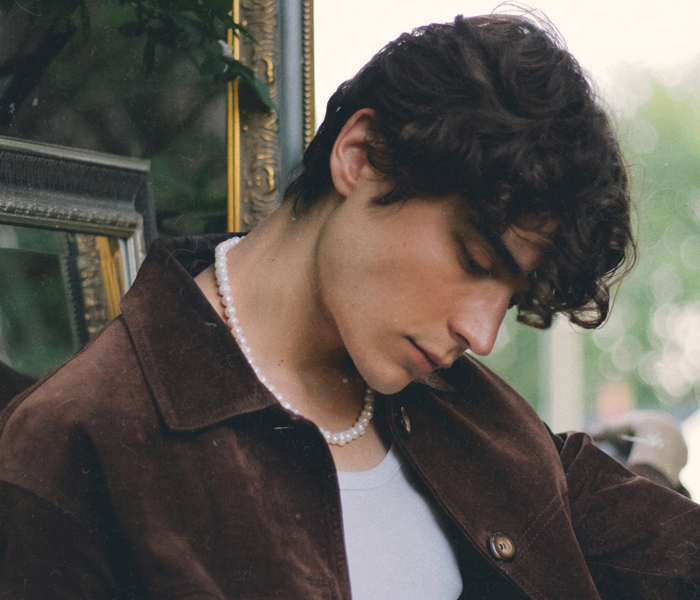