Everyone knows that financially, university can be a lot. Even the bare minimum of expenses like rent (if you’re not lucky enough to live with family in the GTA), tuition, food and books leave many students with significant OSAP loans to pay back after graduation.

Do you want some money you don’t have to pay back? In 2018-19 AMPD students received over 2.2 million dollars in scholarships, awards and bursaries, set up by York’s incredible community of generous supporters! The vast majority of eligible students who apply receive an award.

The process is simple and starts in the fall. First, fill out the Student Financial Profile (SFP) on the Student Financial Services website before October 15, 2019. Bonus: That profile can also qualify you for Work/Study jobs on campus! Next you can apply for York-wide scholarships on the SFS website, and there are others you can apply for that are special for AMPD students.

Keep reading to learn more about six AMPD scholarship recipients, their goals and why they applied for awards, the impact the money made to their studies, and their tips and tricks for scholarship success. 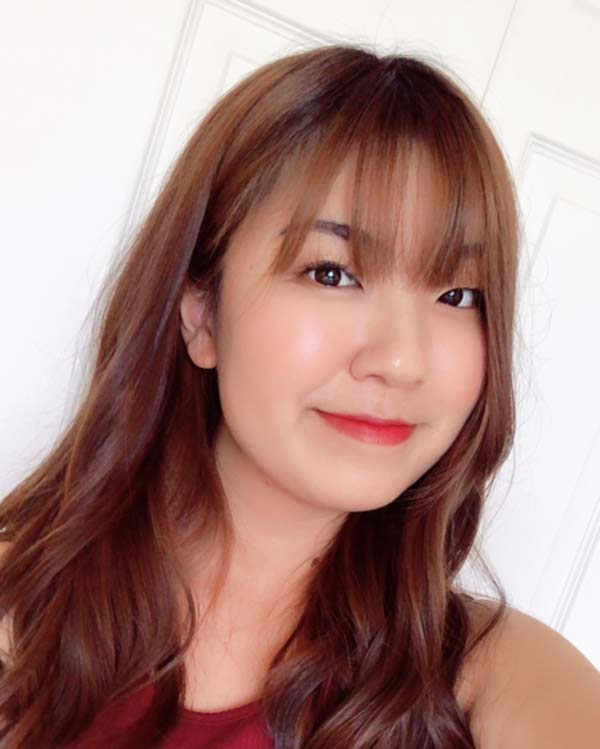 Aspiring animated filmmaker and comic artist Elise Park is working towards her Media Arts BFA. In 2018-19 she received both the AMPD Opportunity Award and the Helen Vari Film Award.

“Seeing those awards magically appear on my school statements validated me in that my efforts were being supported and acknowledged by my school,” Elise said. “It allowed me to invest in equipment I needed for the future like my trusty iPad and Canon camera without asking my family for money.

“I know a lot of people who say they’re ‘too lazy’ to apply for scholarships and I definitely think that they’re missing out. Why would you waste an opportunity to receive an award and financial funding?”

Her main advice to stand out from the crowd is “be genuine.” 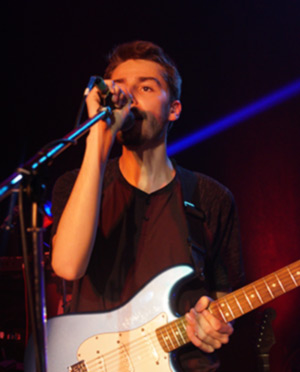 Leonard Yancovitch Award in Music recipient Ted Carrick plays piano, guitar and sings, but his primary focus is on composition and writing music for film.

“For a student who knows the value of a dollar, the $1300 award goes a long way,” Ted said. “I am at school either for class or for various musical rehearsals at least five or six days a week.  Living near Markham and Scarborough means I spend at least two hours each day and a lot of money on transportation. This award helps cover those costs and puts less of a strain on the money I make from my part-time teaching jobs and gigging.”

“My dream is to write music for various projects on a professional level. Any money I receive as a scholarship goes directly towards helping me finish my degree, education and preparation for that.

This summer Ted played piano on tour with the Toronto Allstar Jazz Orchestra, one of Toronto’s top jazz-swing bands). You can check out his music at tedcarrickmusic.com or his YouTube channel “Ted Carrick”. 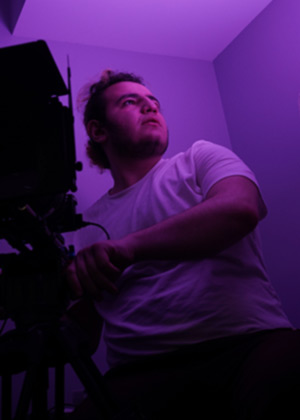 Film Production major Ibrahim Issa, who is specializing in cinematography and directing, received the 2019 Cinespace Award.

“The scholarship came at the perfect time for me, and helped me raise my funds for my upcoming short film projects. Next year I will be directing a coming of age comedy about friendship, romance and the frustrations of being an immigrant in high school. I’m writing the script now and I can already tell that principal photography is going to be a race against time and resources so I’m really glad that I have the scholarship helping me finance it.”

This is the not the first time Ibrahim has benefited from Cinespace’s ongoing support of York’s Cinema and Media Arts Department. He worked as the gaffer on fellow film student Evan Hoffman’s short film FROM SHERBROOKE CAME BLUE ORCHIDS which was shot at York @ Cinespace, a 6,000 square-foot film studio at their Kipling facility.

“It is an absolute privilege that we can experiment at a professional high-end facility such as this one!  I work professionally in lighting and camera, making my way up as a technician in the hopes of learning the nitty and gritty of cinematography. Opportunities such as shooting in Cinespace are very valuable. York allows for me to gain all this experience which is helping me out in the real world.”

In terms of the scholarship Ibrahim assures us that the application process for the scholarships was simple, and he definitely encourages everyone to seek it out. 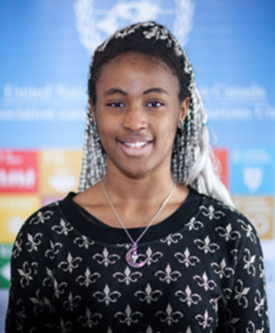 “I was absolutely ecstatic when I found out that I would be receiving scholarships, it really was some stress off of my shoulders both mentally and financially,” Kadia said.

“My passion is creating and developing video games, and I feel that I have grown a lot when it comes to learning it as an art form. It has allowed me to try an assortment of fields relating to it, such as 3D modelling which has come to be my favourite skill, animation, development and artistic design and all of these skills will set me up for success when I graduate and either go directly into the workplace with these skills, or go for graduate studies.”

Jade De laronde is doing a double major with a BFA in Dance specializing in performance and choreography and a Bachelor of Education with a focus on the Intermediate/Senior division. Her goals are to teach high school and advocate for dance and the arts as well as social science. 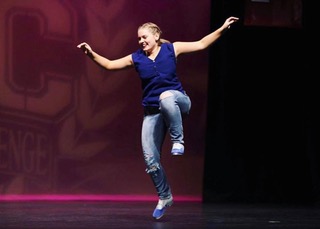 “The integration of the arts with core curricula is necessary for the 21st century,” Jade said. “I want to support creative and critical thinking, communication, and collaboration across all disciplines that will help students stay engaged and build connections between their classes.”

She feels she wouldn’t be able to pursue this dream without the financial help from the Harry Rowe Bursary. “My mother had a major stroke during my 2nd year of University and I faced many challenges juggling my life and academics. York was very supportive.  My high academics would not be possible without generous support from this scholarship and the donors who made it possible.” 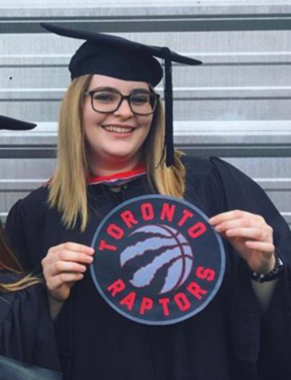 Recent Visual Art Studio grad Dani De Angelis (BFA ’19) received the Laya Liberman Scholarship in her final year. When she got the good news of the award she was in shock.

“I had some financial difficulties around the beginning of Winter term,” Dani said. “Without the scholarship I would have been forced to delay my graduation, which is not something I wanted to do. Advising from OAISS also helped me to stay on track.”

Her advice is to stay organized.  “Document what scholarships you did apply for, which need supplementary materials and dedicate time to make your application the best it can be,” Dani said. 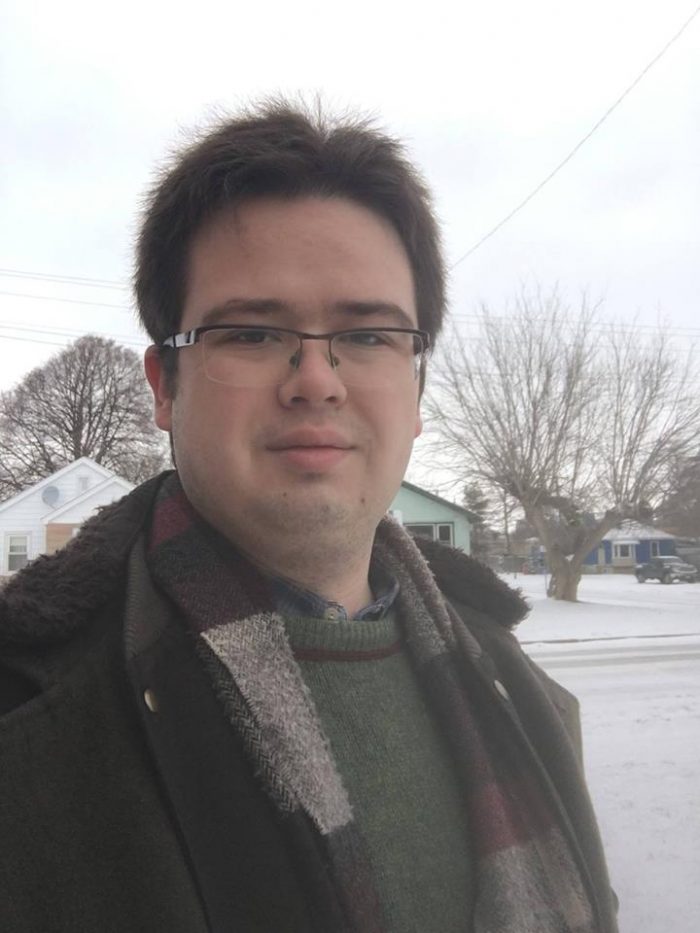 “It is a great honour for me to receive an award that bears Iris’ name,” Adam said. “I met Iris briefly once, at a party in honour of one of her early mentors Don Fleckser – who was also one my early teachers. Through much of my life I have admired Iris’ work. Her accomplishments, as they are for many dramaturgs, remain an inspiration for me. The awards also gives me a great boost of confidence. It means so much to me as I embark on my theatre work.”

Adam is currently working as a dramaturg, director and playwright with the theatre company he founded, AlvegoRoot Theatre which has a special focus on playwrights in the London and Southwestern Ontario region.

“During my time at York I realized my place in theatre is as a dramaturg. Through my classes with professor Judith Rudakoff, and practicum work, I realized that I could make a meaningful contribution and I had experience as a dramaturg in my previous work without putting a name to it. York pushed me artistically, but also empowered me, both these elements in equal measure are very important I believe in one’s creative development.

“This award has made a major impact in giving me the financial resources to complete my final year of study and allowed me to devote more time to practicing my craft and focusing on my academic work.”

While Adam’s award was based on his top grades he still has awesome advice for scholarship applications. “I think it is fantastic to be able to be clear with yourself why your area of study is meaningful for you, Adam said. “When you can articulate why your field is important; that translates into a strong application.”