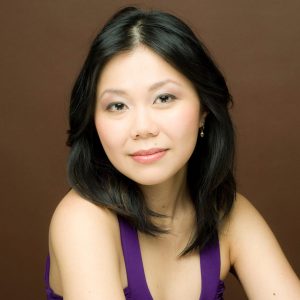 CHINATOWN examines family and neighbourhood, racism and resistance, history and tomorrow through six characters, two families, and a chorus of male ghosts. The Chinese-influenced Western opera connects the stories of the Head Tax, the Exclusion Act and paper sons during the Canadian Pacific Railroad (CPR) building to the resistance against racism today. Chan takes on the role of Wen-li.

A lyric coloratura soprano, Chan’s voice has been described as “gently shimmering” (Opera News, NY) and “lovely and agile” (@KarasReviews). She has been praised for her fine acting skills and acclaimed as a “first-rate comedienne” (Halifax Chronicle Herald). Since graduating, Chan has obtained her Ph.D. in Musicology and made her Carnegie Hall debut in Weill Recital Hall, claiming first prize in the Barry Alexander International Competition, NY, performing “Glitter and be Gay” from Bernstein’s Candide.