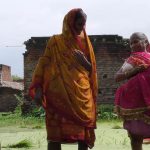 Rajat Nayyar, a filmmaker, anthropologist and 2020 Vanier Scholar in the Department of Theatre, demonstrates how power hierarchies are subverted through song in his upcoming film and recent article in Visual Anthropology Review (VAR). 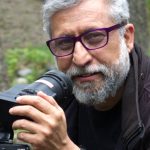 Twenty-seven years in the making, Professor Ali Kazimi’s documentary about an autonomous Indigenous people’s struggle to overturn their legal extinction is set to receive its international premiere. 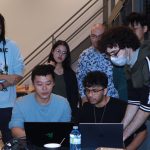 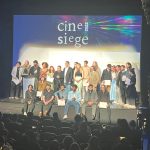 In its 20th year, 200 community members and film lovers celebrated cinema in-person at Paradise Theatre on October 24, 2022 with CineSiege 2022. The event featured a juried selection of shorts chosen by program alumni and leading practitioners in film and media culture. 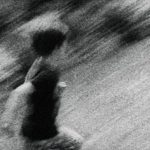 Led by interim co-chair and AMPD research officer Aimée Mitchell (MA 2007), the8fest has been creating a unique space for small-gauge filmmakers to display raw gems for the past 15 years.  Celebrating 50+ years of small-gauge film history, the festival is a vital preservation forum for filmmakers and viewers alike to support film-on-film screenings and digital platforms to showcase these works. 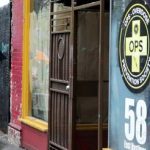 For the past year, Cinema and Media Arts Professor Brenda Longfellow has been working with Darkfield, a U.K. theatre company specializing in immersive audio, and Crackdown, a monthly podcast covering the drug war through the eyes of drug user activists, to produce Intravene to plunge listeners into the heart of the overdose crisis in Vancouver. 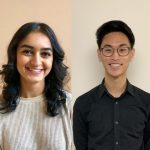 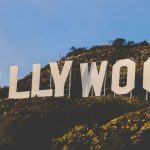 Mayor John Tory will lead a film mission to Los Angeles next week to help deepen relationships with established studios producing in Toronto, and those that have not yet brought productions to the city. Ken Rogers, AMPD and Schulich School of Business professor, will join the delegation alongside Deputy Mayor Michael Thompson and city councillors Paula Fletcher and James Pasternak.